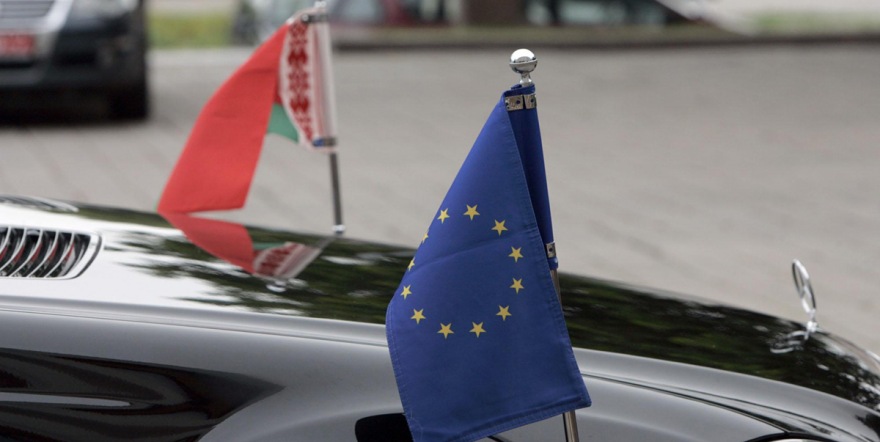 Relations between Belarus and the European Union are still in crisis. An EU resolution on Belarus, delivered on 24 November, once again demonstrated just how weak bilateral relations are. According to the document, the Belarusian government has yet to resolve several key problems hindering the EU-Belarus partnership from progressing further.

Human rights issues remain the main reason the EU has not ratified the bilateral Partnership and Cooperation Agreement concluded with Belarus in 1995. At present, the Eastern Partnership programme is the only effective framework sustaining diplomacy between the EU and Belarus.

Nevertheless, it is important to note that although diplomacy has suffered numerous crises, EaP projects have brought about laudable results. The EU’s approach to Belarus can be said to have two components: the first involves diplomacy and the second entails regional cooperation through EaP projects.

In May 2016, the Eastern Partnership Foreign Affairs Ministry summarised that the EaP needs to focus on delivering results to citizens. Since the meeting, the European Commission and the European External Action Service have developed a joint working document entitled ’Eastern Partnership — focusing on key priorities and deliverables’, which identifies 20 key deliverables for 2020. These include economic development, strengthening institutions, energy, environment, and people-to-people contacts.

The involvement of the European Parliament complicates the partnership even further: 468 members of the Parliament against 21 supported a document claiming that the Eastern Partnership has not brought about progress in diplomacy. The EU maintains that Belarus has not conducted free and fair elections since 1994, also noting that Belarus remains the only country in Europe still using capital punishment. The resolution states that violations of human rights persist.

However, certain measures could improve the prospects of EU-Belarus relations. The resolution stresses that the EU lifted most of its sanctions against Belarusian officials and legal entities in February 2016 as a gesture of good will to encourage Belarus to improve its human rights situation.

Despite difficulties in diplomacy, the two sides have managed to launch several important EU-funded projects. These could help build sustainable diplomatic ties. On 15 December Aliena Kupčyna, the Belarusian Deputy Minister of Foreign Affairs, stated that reversing the European Union’s policy on Belarus will not be an easy task, but results are not far off.

In December 2016 the European Union Delegation visited Belarus. Andrea Wiktorin, the head of the delegation, explained that regional development was a priority for EU-Belarus cooperation.

European diplomats have proved that their promises are not empty. The EU doubled the size of its bilateral assistance package in 2016 (from €14.5 million in 2015 to €29 million), bolstering private sector development (€14 million) and helping Belarus cope with irregular migration (€7 million). These resources also strengthen institutions (€6 million to promote good governance, justice, gender equality and rule of law). The EU has also provided support for the European Humanities University, a Belarusian university in exile based in Vilnius (€2 million).

The EU’s policy of improving people-to-people projects constitutes the core of the partnership. The main EaP projects of the Government of Belarus and the European Union support ’P2P’ contacts.

These programmes include MOST, which enhances professional contacts; TAIEX, supporting public administration; and SOCIEUX, which supports social protection services. In 2020, the EU also initiated Horizon 2020, the largest ever EU research programme, with nearly €80 billion of funding available over 7 years (2014 to 2020), for the Belarusian academic community.

Despite the huge number of exemplary projects, the Eastern Partnership nevertheless cannot replace the Partnership and Cooperation Agreement, which has yet to be ratified. The Belarus-EU partnership still needs to achieve its main goal — creating a legislative and institutional framework which can guarantee sustainable diplomatic contacts.

Over the last few years, Belarus has taken a number of steps that have contributed to improving EU-Belarus cooperation. For example, Belarus released political prisoners in August 2015; this was a significant decision which the EU had demanded repeatedly. The EU also conceded that Belarusian authorities held the 2015 presidential elections in an ’environment free from violence’.

In its turn, the EU lifted sanctions for 170 individuals and companies. The two sides have started negotiating a Visa Facilitation and Readmission Agreement and a Mobility Partnership, as well as resuming the EU-Belarus Human Rights Dialogue and discussing a potential Cooperation Arrangement for an Early Warning Mechanism in the energy sector.

What’s more, Belarus and the EU could be close to resolving the problem of the absence of the Belarusian Parliament from Euronest. The first visit of the EU Parliament Delegation for Belarus since 2002 took place in Minsk in June 2015. In December 2016, Michail Miasnikovič, the Chairman of the Council of the Republic of the National Assembly of Belarus, stressed that the National Assembly of Belarus hopes to strengthen its ties with the parliaments of all European Union countries.

Recently, the EU and Belarus have made great strides in diplomacy, with Belarus hosting a large number of EU officials. The EU-Belarus Coordination Group, led by Thomas Mayr-Harting, Managing Director of the European External Action Service, held its latest meeting in Minsk on November 2016. During the visit, officials discussed a broad list of subjects, including: mobility, people-to-people contacts, trade, customs, transport, environment, energy, research, education, agriculture, and social security.

The Belarusian authorities have stated their willingness to continue on the path of progress publicly. Michail Miasnikovič noted that Belarus will host a number of important international events in 2017, including a session of the Parliamentary Assembly of the Organisation for Security and Cooperation in Europe and meetings of the Central European Initiative. According to the official: ’We are getting ready to host the events.... We believe that our voice will make a constructive contribution to European issues. Europe is our common home, and we are all responsible for its security and prosperity’.

The approach of engaging with the Belarusian state could form the basis for a comprehensive agreement on partnership and cooperation between Belarus and the EU. This would make EU—Belarus relations more transparent.