Chinese Views of the United States Amid Rising Sino-American Clashes 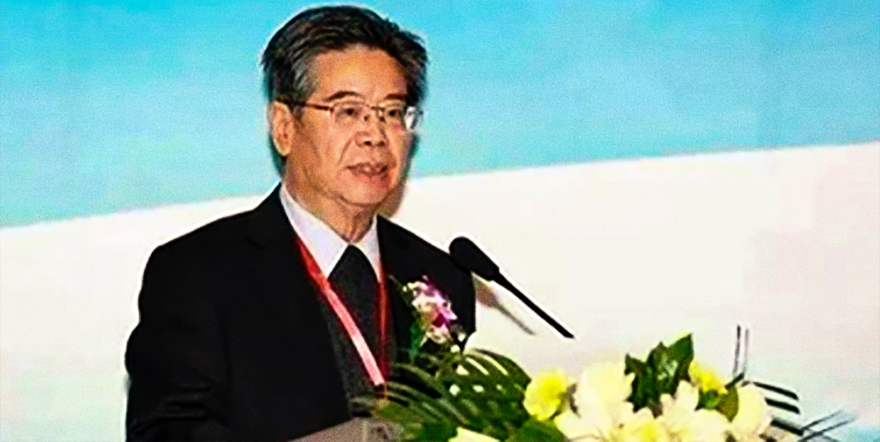 On May 20, the White House published a new policy document titled United States Strategic Approach to the People’s Republic of China. According to the document, China poses challenges to the economy, values, and security of the United States. Therefore, the administration’s new approach to China offers a reevaluation of mutual relations, recognizes the long-term strategic competition between the two countries, and proclaims a return to principled realism in order to protect American interests and advance American influence (White House, May 20).

These messages were not surprising for Chinese experts, because recently Sino-American relations have steadily declined, especially amid the COVID-19 outbreak. State-affiliated academics and other authorized policy commentators in the People’s Republic of China (PRC) have recently offered a number of opinions of their own, which shed some light on how the party-state views the contentious relationship with the United States—and provide indications as to how the PRC is likely to formulate policy in the future.

Outlook #1: After Trump, Everything Goes Back to Normal

Among Chinese intellectuals who debate Sino-American relations, one of the main questions is what will happen to U.S. policy towards China after the elections of November 2020. Ruan Zongze (阮宗泽), the Vice-President of the China Institute of International Studies (中国国际问题研究院, Zhongguo Guoji Wenti Yanjiuyuan), asserts that the American political system is the reason why America was not as organized as China in preventing and fighting COVID-19. According to Ruan, the United States has entered an election period, and American politicians are doing their best to maximize their interests for political consideration—and what they are considering now is short-term competitiveness and votes, not the matters of high policy (Xinhua, May 20).

Chinese expert Wang Wen (王文), the dean of the Chongyang Institute of Renmin University in Beijing, argues that China is not interested in waging a new Cold War with the United States, because it could hurt Chinese development and global interests. He is also skeptical about the ability of the United States to engage in this new Cold War because of internal problems in America. He is calling the current China-U.S. conflict “not a cold war, but a scold war,” and comparing people who started it to Don Quixote: “They are picking up their spears, rushing toward the windmill, and acting as warriors” (Global Times, May 24).

Wang Wen argues that previous attacks on China ended up causing no serious damage: for example, the trade war led to America coming back to negotiations, and the offensive against Huawei helped increase the company’s prestige and determination to achieve technological autonomy. According to Wang, “since April almost all Chinese media outlets fired a battle against the U.S. government, especially against Pompeo.” Wang Wen expresses optimism about the conflict, on grounds that it is mostly a battle between media outlets, and that Trump has difficulty in gaining full support even inside his own country (Global Times, May 24). 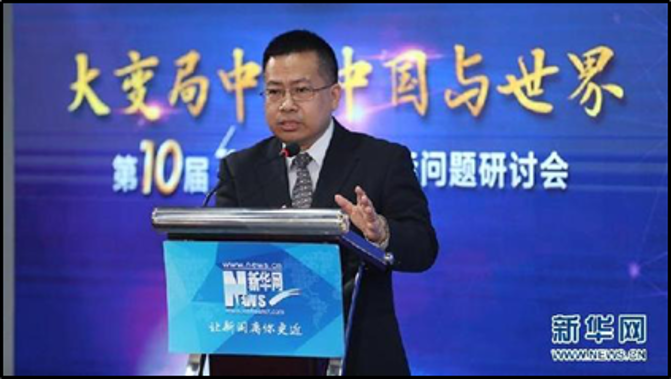 Image: Ruan Zongze, Vice-President of China Academy of International Studies, speaking at a conference (undated photo). Ruan has cited contrasting responses to the COVID-19 epidemic to tout the superiority of the PRC’s political system over that of the United States. (Image source: Xinhua)

Other analysts are more pessimistic about the future of Sino-American relations, and point out that tensions were rising long before Trump. One such person is Yang Xiangfeng (杨向峰), a PRC national on the faculty of Yonsei University in South Korea. He points out that in 2016 post-election analyses Chinese analysts were overwhelmingly optimistic, even gleeful, because for China the election of Donald Trump was the lesser evil. [1] Because Trump was not tethered to the liberal orthodoxy of American foreign policy tradition, Chinese elites reckoned that he would not lecture them about human rights and democracy, as Clinton was expected to do. This sentiment was summarized by Shen Dingli (沈丁立) of Fudan University, who has said that “anything’s an improvement on Obama and Hillary” (Sydney Morning Herald, November 10, 2016).

Teng Jianqun (滕建群) from the China Institute of International Studies believes that at present U.S. foreign policy exists in a structure of “dualization” (二元化, eryuanhua): the Trump Administration stands on one side, and “American realist politics” (美国现实政治, Meiguo xianshi zhengzhi) stand on the other side. Per this view, the Trump Administration has brought about a global contraction, solicited benefits from allies, and initiated trade frictions; the ultimate purpose of these actions is to promote an “America First” policy. Driven by global power thinking and commercial interests, realist politics have forced the United States to maintain its presence in relevant regions and refuse to give up global geopolitical interests. Even if Trump is re-elected as president in 2020, the differences between the administration and realist politics will not stop, but the gap between the two will narrow (US-China Perception Monitor, May 20).

Another prominent current controversy is the potential for economic “decoupling” (脱钩, tuogou) between China and the United States (China Brief, April 1 and May 1). According to Professor Wang Li (王黎) of Nankai University, this is not necessarily a bad thing. Wang argues that modern China possesses both qualified human resources and the financial resources for further technological development, so the rupture with the United States will not hurt that much. Moreover, he argues that “decoupling” on certain sharp security issues provides Beijing and Washington with some room for maneuver, making the situation similar to the “decompression strategy” (解压之策, jieya zhi ce) that the Soviet Union and the United States often used during the Cold War. Wang argues that, even during long-term conflict, there is room for bilateral cooperation (US-China Perception Monitor, May 25).

One of the clearest visions for addressing the competition with America comes from Wang Haiyun (王海运), a retired PLA brigadier general and a former military attaché in Russia. According to Wang Haiyun, Chinese have to realize that the American government attempts to frame and discredit socialist China and its policies—with the ultimate aim that China will be forced to pay retributions, become damaged in terms of its own position, and lose its ability to strategically compete with the United States. According to Wang, although the world leadership of the United States is in slow decline, China still confronts America’s “framing of hegemonic power” (霸权势力的诬陷, baquan shili de wuxian) (Sohu, May 5).

Wang notes that America has many allies, and while they sometimes question American actions and vision in certain situations, these allies are still ready to support the United States—and could potentially become hostile to China. Therefore, it would be a huge mistake for China to underestimate both the hard and soft power of the United States—as occurred in the example of Iraq, when the United States launched a war without solid legal grounds. Wang asserts that China can no longer be easily bullied—but that if the U.S. “hegemonic” strategy succeeds, the damage to China would be great, China’s rise would be interrupted, and its potential destiny could suffer (Tencent, May 5).

On the one hand, some Chinese foreign policy commentators argue that the current clash between China and the United States has occurred primarily because of the unpredictable Trump Administration—and that if America had a different president, it would automatically improve relations between the two countries and solve many bilateral problems. On the other hand, others argue that the gradual process of rupture between the two countries started during the second term of President Obama, and that therefore the clash with the United States would happen regardless of who resides in the White House. A third group, broadly defined, sees China’s relationship with the United States and its allies primarily in terms of threatening U.S. “hegemonism,” and calls for the PRC to focus its resources on a self-defensive strategy of resistance. The results of the U.S. elections later this year may produce some shifts in the U.S.-China relationship—but whatever the outcome, the PRC’s authorized commentators are in general agreement that significant tensions are likely to persist between the two countries throughout the year ahead.

Nikita Savkov is an analyst with the Center for Strategic and Foreign Policy Studies in Minsk, Belarus. He holds a BA in Sinology from Belarusian State University, and a MA in International Business from Shandong University. He is currently a PhD candidate at the Shandong University of Finance and Economics (Jinan, China), where his dissertation research covers the impact of Chinese immigration into European countries on Sino-European trade relations. He may be contacted at: savkov@forstrategy.org.

[1] Yang Xianfeng, “The Great Chinese Surprise: The Rupture with the United States Is Real and Is Happening,” International Affairs, Vol. 96(2), February 2020.