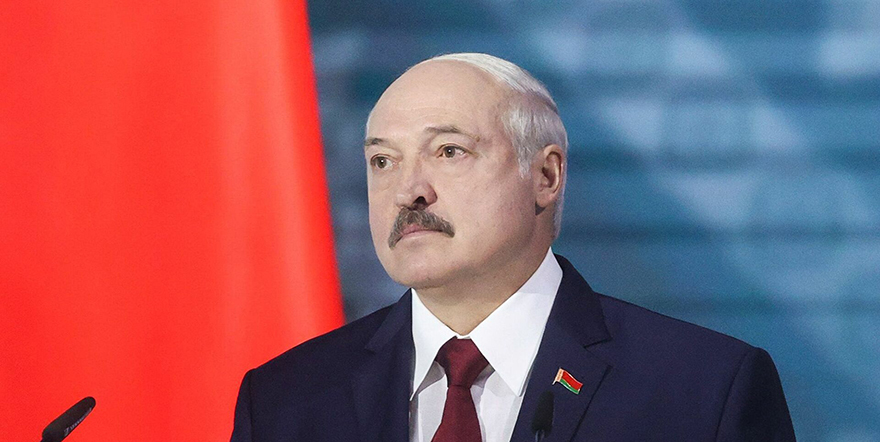 The pressure on the regime from the three sides will only intensify.

The version that the Kremlin wants Aliaksandr Lukashenka to resign "amicably" appeared last autumn after the meeting of the rulers of Russia and Belarus in Sochi. The recent increase in contacts between Minsk and Moscow gave rise to various interpretations of the situation.

For example, some Telegram channels assume that the visit of Russian Security Council Secretary Nikolai Patrushev to Minsk relates to a common ultimatum from Vladimir Putin and Xi Jinping, who is also dissatisfied with the developments in Belarus because they pose risks to the Chinese megaproject One Belt, One Road.

Director of the Center for Strategic and Foreign Policy Studies (CSFPS) Arseny Sivitsky presented to Filin his view of the situation:

- The Kremlin sees the developments in Belarus not as a threat, but as an opportunity to promote its interests.

The political scientist says comments and statements of top Russian officials show that Russia sees a way out of the crisis in organizing a broad all-national dialogue between the authorities and representatives of the opposition.

Sivitsky says: "Apart from this dialogue, there were plans to organize constitutional reforms which, according to the Kremlin strategists, were supposed to transform Belarus from a presidential republic into a parliamentary or a parliamentary-presidential one".

These plans became known through the "leak" of the so-called Chernov dossier (a general from the Russian Foreign Intelligence Service - ed.). This is a set of documents developed by the Directorate for Inter-regional and Cultural Relations with Foreign Countries of the Russian Presidential Administration.

The Kremlin has repeatedly stressed that the solution to the crisis lies precisely in the abovementioned scenario, as interpreted by the director of CSFPS:

- Moscow made relevant statements up until late last year. After that, it took a pause.

Russia realized that the instruments of diplomatic and political coercion had been exhausted.

- However, shortly after the U.S.-Russia summit, Sergei Lavrov once again voiced calls to solve the political crisis in Belarus through dialogue and constitutional reforms.

One can say that the Kremlin was able to get carte blanche from the United States. I think the EU gave the same green light. From a formal point of view, this scenario suits Moscow, Brussels and Washington DC. After all, it leads to Lukashenka's resignation from the political stage.

Now, such Russian intervention in the internal affairs of Belarus will not be interpreted by the West as an attempt to undermine the sovereignty of our country. There were risks of such interpretation. This is the reason why the Kremlin refrained from harsh and swift actions in order not to provoke new sanctions against Russia.

Therefore, despite its rhetoric, the Kremlin began to increase pressure on official Minsk quite harshly, synchronizing it with the sanctions pressure from the West. Some striking examples include the reduction of oil supplies under the threat of secondary U.S. sanctions and the overflight of Belarusian airspace by Russian airlines. Then, there is Gazprom's intention to cut gas transit through our country by 90% later this year.

Sivitsky considers the information that Patrushev's recent visit to Minsk was designed to voice to Lukashenka the position of Russia and China on the format and timing of the constitutional transit as the only way to end the Belarusian political crisis to be false:

- I deny the very possibility of such discussions between Moscow and Beijing. I can definitely say that a situation where Xi Jinping discusses the fate of Belarus with Putin behind Lukashenka's back is unrealistic.

However, it does not mean that China is not concerned about developments in our country. The political crisis undermines China's plan to turn Belarus into an industrial and logistics hub to enter the European market.

We can see that despite Beijing's rhetoric, its interest in Belarus is decreasing day by day. One can notice it by the decline in investment activity, which occurs not for the first time. Between 2011 and 2015, we also observed an investment decline in relations with China, as Belarus was in foreign policy isolation from the West.