Belarus: Establishing Dialogue with the West and New Components in the State Ideology 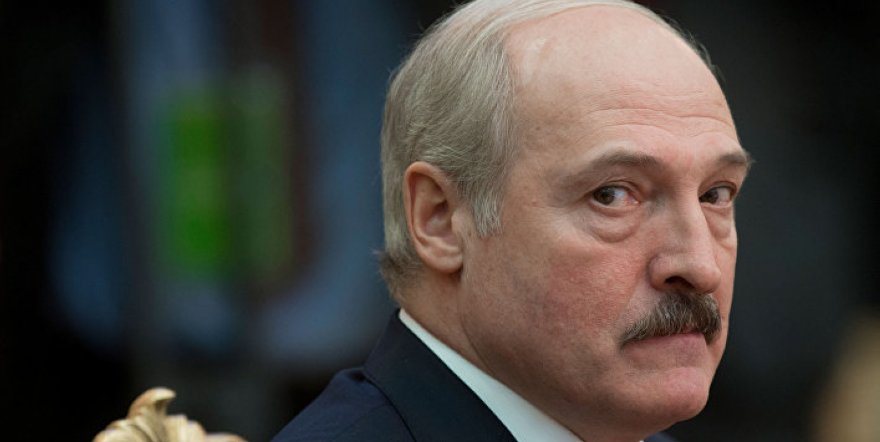 2016 was marked for Belarus with the mild liberalization of its domestic policy in favour of enhancing dialogue with the West. The country is preparing to abandon the socio-economic model of economy and tries to remain neutral balancing in the foreign policy.

The main event in the 2016 political life of Belarus was the parliamentary elections held on September 11. The report of the OSCE Office for Democratic Institutions and Human Rights on the results of the parliamentary election campaign, along with the critical assessments, also mentioned the positive aspects and steps of the Belarusian authorities aimed at further work in improving the electoral process taking the recommendations into account. This may be interpreted as a partial recognition of the elections. Such assessment of the election results is largely caused not only by the geopolitical circumstances but also the fact that for the first time in many years the democratic opposition representatives — E. Anisim and A. Konopatskaya — were among the deputies of the House of Representatives of the National Assembly. This, in turn, contributed to the partial legitimization of the Belarusian parliament in the eyes of Western countries that traditionally did not recognize this Belarusian policy institute.

Belarus named 2016 the Year of Culture. The Belarusian authorities have used the event to promote Belarusian language, history, culture, etc. According to the ideologists, these activities and initiatives were designed to cultivate national identity among Belarusians, thereby adding the national component to the traditional ideology of patriotism. It is obvious that these innovations in the cultural policy and state ideology were inspired by the Russian-Ukrainian conflict, quite indicative for the Belarusian authorities.

The whole gravity of this new approach was shown when, in December 2016, the Investigative Committee of the Republic of Belarus initiated criminal cases for inciting ethnic hatred against the pro-Russian journalists Yuri Pavlovets, Dmitry Alimkin, and Sergey Shiptenko, who collaborated with such websites as Regnum, Lenta.ru, Eurasia Daily. In their publications, they questioned the sovereignty of Belarus and made insulting remarks against the Belarusians, their history, language, and culture.

Negative trends in the Belarusian economy, which could be seen in 2016, put highly in doubt the viability of the Belarusian socio-economic model, characterized by the Belarusian authorities as a socially oriented one. In fact, the year of 2016 confirmed the trend of gradual refusal from this model in the context of the large-scale revision of the scope of financial support for various sectors of the economy and social sphere, due to insufficient revenue during the crisis in relations with Russia.

In fact, we can say that the government is preparing to reform the economy, but at this point without the privatization instrument.

The number of employees in the economy continued to decline: from the beginning of the year, enterprises have fired 98 thousand employees, which is more than they had hired. The tariffs for public services have also increased. Thus, the growth in the percentage of utility service compensation by people increased from 48.5 % to 60 % by the end of 2016. The Belarusian authorities were forced to carry out the tough monetary policy, which led to the stabilization of the national currency. At the same time, a decrease in providing credits for enterprises and housing construction companies could be noticed, along with the growth of enterprise indebtedness and deterioration of bank assets quality.

The Belarusian authorities had decided to abandon the practice of directed lending of state-owned enterprise. That helped to stabilize the exchange rate of the national currency. However, due to the lack of low-cost loans, companies shortly increased the size of loan arrears. As a result, the share of toxic assets in banks’ balance sheets increased from 6.8 % to 14.9 %, thereby creating the necessary preconditions for the crisis in the banking system.

In view of this, the authorities launched the inventory of the machine-building and agricultural sectors of the economy. They established the Asset Management Agency, which is intended to unwind banks’ balance sheets from subprime loans to agricultural organizations with liquidating consistently insolvent companies through court action. A question was raised about the avoidance of production capacity duplication in the industry, which may outline one of the areas of public sector optimization (liquidation of inefficient duplicate capacities). In fact, we can say that the government is preparing to reform the economy, but at this point without the privatization instrument.

In general, the Belarusian authorities continued to pursue the policy of reduction of social obligations to the public. Virtually, it is about the gradual take-down of the Belarusian socio-economic model.

GDP is expected to show a decline by nearly 3 % in 2016. It was considerably caused by the reduction of monthly oil deliveries to Belarus by Russia (from 2 to 1.03 million tonnes) that resulted in lower volumes of oil processing, the slowdown of the recovering dynamics in the industry, and a 10 % decrease in wholesale trade.

As in the previous 2 years, in 2016 the Belarusian foreign policy was influenced by the new strategic situation in the region caused by the ongoing Ukrainian crisis and new “cold war” between Russia and the West. In these circumstances, Belarus reaffirmed its role as a donor to regional stability and security. Despite the Russian side’s desire to turn the Belarusian territory into the military and political foothold to put pressure on the countries of NATO, the EU, and Ukraine, the official Minsk expressed commitment to the security guarantees announced earlier by the Belarusian leadership. These guarantees say that the Belarusian territory cannot be used by foreign troops for military aggression against neighbouring countries, and foreign military bases and troops cannot be placed on the Belarusian territory. Finally, the focus on the peaceful, predictable foreign and defence policy was documented in the new Military Doctrine, which entered force on July 26, 2016.

Relations with Russia continued accumulating recessional trends, thereby provoking a number of conflicts, including oil and gas, transit, meat and dairy, and other “trade wars.” In fact, Moscow continued putting comprehensive pressure on Belarus, which includes not only the economic leverages but even military and political and information ones. As a result, A. Lukashenko, as a mark of protest against Kremlin’s policy towards Belarus, was forced to ignore the summits of the Collective Security Treaty Organization and the Eurasian Economic Union in St. Petersburg on December 2016. Minsk criticized the Eurasian integration processes and refused to sign the EEU Customs Code for this reason. Specifically, it was stated that the EEU had taken no important decisions, while the Union itself was being transformed into a political project. In addition, the Russian side did not fulfil its obligations in the framework of the EEU and the Union State, especially on the equal-netback energy pricing issue in regard to Belarus.

The growing crisis in relations with Russia intensified the Western and Eastern vectors of the Belarusian foreign policy. The country continued normalizing its relations with the EU and the United States. Minsk declared its readiness to start negotiations on the signing of the framework partnership and cooperation agreement with the EU, which never entered force in 1995. The full normalization of relations, which primarily lies in the movement toward the complete cancellation of all American political and economic sanctions, was declared as the main priority objective in the relations with the United States.

Belarus also continued deepening its cooperation with China and studying the issues of participation in the Chinese initiative “One Belt, One Road.” At the end of September 2016, A. Lukashenko had a working visit to Beijing, where the joint declaration “On the Establishment of Relationship of Trust-Based Comprehensive Strategic Partnership and Mutually Beneficial Cooperation” was signed, which is the highest level of relations between China and other countries. Before, China had had such level of relationship only with Pakistan, Great Britain, and Russia. The inclusion of Belarus in this list shows that China has real strategic intentions to turn Belarus into one of the key links in the framework of the Silk Road Economic Belt.