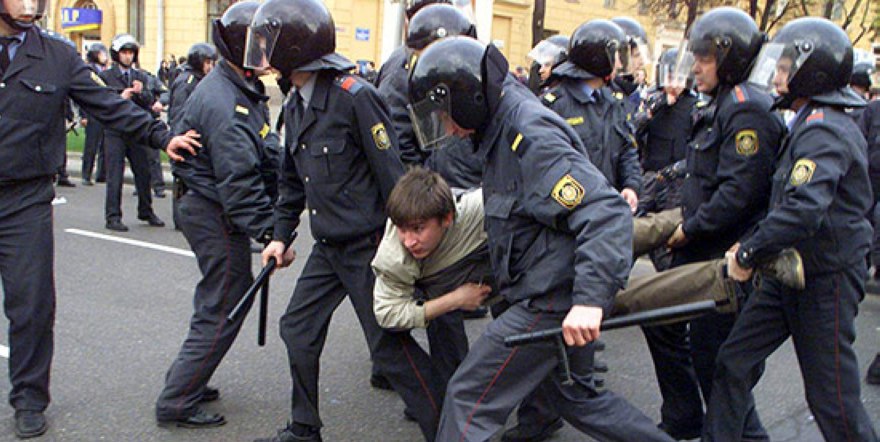 The national security, defense and law enforcement agencies of Belarus are becoming more powerful, therefore raising concerns that the President no longer controls them as he himself is under their control. The economy of the country is showing a positive upward trend, playing into the hands of those opposing reforms. As for its foreign policy, some progress was seen in the relations with Russia, while the relations between Belarus and China have deepened as well

The given period was marked by the consistently escalated positions of the national security, defence and law enforcement agencies. The main “champions” were the Ministry of Internal Affairs (MIA) and the State Security Committee of the Republic of Belarus (KGB). The MIA became a coordinator for developing and implementing of the public security monitoring system. According to some mass media sources, this system should start working on a full scale in  so it will play a key role in providing security during the period of the presidential campaign, which will take place not later than 2020.

According to some observers, a key role of an institution in this situation does not provide any advantages to the MIA, as the system technical operator will be selected in the course of a corresponding competition. Moreover, it will be independent from the ministry, while providing of the monitoring information to the various institutions will be a subject to the formal criteria. Other analysts believe that it is most likely that the MIA will keep an opportunity to interfere in the work of the system and manipulate the issues of the “clearance” for some information.

At the same time the MIA started its expansion into the migration policy, quite openly intruding into the foreign policy competence sphere. For example, the Head of the Citizenship and Migration Department of the Belarusian Foreign Ministry Alexei Begun said that the agreement on visa facilitation with the European Union may be signed by the end of 2017. If this is the case, then visas will become cheaper starting January, 1, 2018. The biometric passports will be issued to Belarusian citizens starting January, 1, 2019. Another novelty announced by the MIA was launching of the online registration for the foreign citizens visiting Belarus for less than five days. The comments made in the course of the negotiations on visa facilitation between Belarus and the EU triggered a nervous response of the Belarusian MIA.

It was quite illustrative with a situation envolving a world champion in mixed martial arts Murad Amriev who was detained and extradited to Russia from Dobrush police department on the evening of June, 8 without any participation of the Ministry of Foreign Affairs.

The given period was marked with a growing economic optimism expressed by the authorities. Despite a rather pessimistic forecast provided by the international financial institutions, the Belarusian economy has a consistent tendency of a positive growth. In its turn, this led to the authorities seriously considering their further actions options while reforming the economy: those favouring a more conservative approach got a weighty argument to get back on an “old lifestyle” track.

According to the authorities, in January-May, 2017 the Belarusian GDP grew 0.9% against the same period of the previous year and made up 38.7 bln roubles ($20.5 bln). Therefore, the Belarusian economy has been showing positive dymanics for three months already. And following the results of five months it outperformed the official growth forecast of 1.7%, provided by the Ministry of Economy of the Republic of Belarus.

In the given period, the authorities also “exceeded the target” of an  inflation forecast, resulting in its update from 12% to 7% in 2017. Therefore, the National Bank of the Republic of Belarus lowered its refinancing rate to 13%.

In May, the gold and foreign currency reserves continued to grow and made up $ 5,239 bln by June, 1. The balance of the currency trade among the population remained positive. Despite a holiday season and a growing currency purchase, in overall the population continued to sell currency (in May the positive currency balance made up almost $270 mln).

The income of the population also showed a positive tendency. For example, during the first quarter the number of the families below the poverty line slightly went down. In January-March 2017 , according to the official statistics, 4.3% of the households were below the poverty line. This is 0.1% less against the October-December, 2016 period. In April the average wages in Belarus increased to 777 roubles ($413), while in May — to 795.2 roubles ($428).

Foreign Policy. Overcoming differences with Russia and new challenges from the West

The given period was marked with some progress in the relations between Belarus and Russia. Some progress was also made in the resolution of the “food” and “visa” conflicts. Following their straight-talk exchange, the Russian and Belarusian partners started to overcome the deadlock in the food and agriculture export. First, Rosselkhoznadzor unblocked the supplies from two dairy processing plants, and then from four more. Belarus and Russia reached a mutual understanding in the course of the negotiations on the visa issue and announced that soon they will sign an agreement on a joint visa recognition for the transit goals. The Union State Council of Ministers meeting went well in overall, with both sides confirming their agreements in energy and migration and agreeing upon the measures in the industry policy and the engineering development in the frames of the meeting.

This, by the way, happened while the Chinese investors emphasized their active public position in the background. Not only did they confirm their interest in the capital investing into the Belarusian food industry and agriculture, but also presented a compressed work schedule for this project. Therefore, China is becoming not only an alternative to the Russian trade area but also organizes its economic presence exactly at the Belarus-Russia border. Taking into account a high level of the prices on the Chinese market, such diversification will strenghten the position of the Belarusian manufacturers, while a successful certification of the Belarusian enterprises in order to access the Chinese market can be an additional argument for lifting the complaints of the Russian institutions.

One of the main news for Belarus in the given period was the statement made by the US Secretary of State Rex Tillerson, when he said that the USA does not want to be “handcuffed” to the Ukraine agreement processes only within the frames of the Minsk agreements. Posing the question should have without a doubt struck a warning note among the Belarusian authorities, as in fact it means a less significant international role of Minsk as the main platform for the Ukrainian crisis discussing. Against this background the President of the USA Donald Trump prolonged the US sanctions against some of the Belarusian officials, initiated after the events of 2006, for a year. The Belarusian Ministry of Internal Affairs gave a nervous response referring to the fact that Belarus acts as a donor of the regional stability and does not pose a threat to the interests and security of the USA.

Belarus suffered a major setback as its status of a donor of the regional stability and security was questioned by Lithuania. Against the background of the successfully IAEA mission’s work closing and publishing a of positive conclusion, Vilnius went for the escalation of the situation and adopted a law on declaring a Belarusian nuclear power plan a threat to the national security of Lithuania. The stern wording of the adopted law and the corresponding official comments played in the hands of the Russian side and some Belarusian law enforcement officials aspiring to create an impression of the aggressive Western intentions towards Russia and Belarus. It is important to mention that the current escalation of the nuclear power plant issue happened against the background of the consistent tensions on the issue of the military and political confrontation in the region. In the given period the NATO countries carried out a large scale NATO defensive drill in the area of the Suwalki Gap, while the President of Lithuania Dalia Grybauskaité (she acts as the Head of the Ministry of Foreign Affairs of Lithuania as well) made an explosive statement declaring threats to her native country as it neighbours Belarus and Russia.