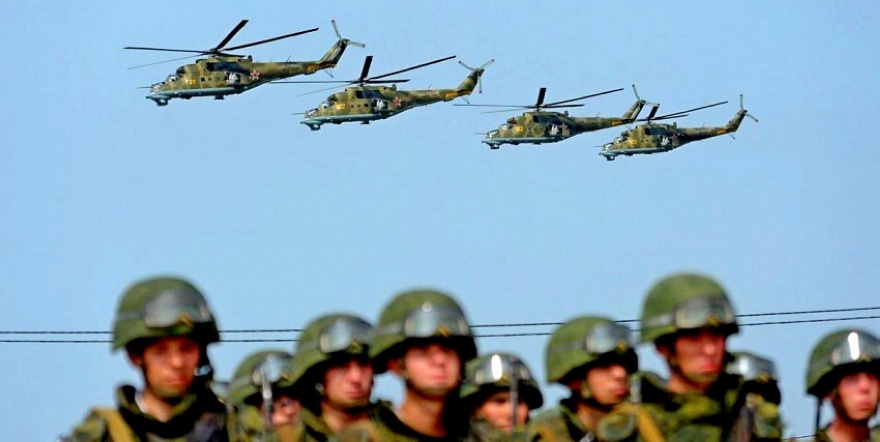 One of the key agenda points of the Belarusian authorities was yet another “harvest fight” announced by the President of the country. Earlier on the President demanded that high officials are personally present “in the field” and responsible for controlling the harvesting course in the regions, Alexander Lukashenko provided a personal example by going to the various regions of the country himself. His visits to Brest, Mahilyow and Vitebsk regions were conducted in such a way that he could combine the formats of controlling authorities and communicating with ordinary people.

It is worth mentioning that media coverage of Lukashenko’s visits was targeted primarily at those living in the rural areas and small towns. To more sophisticated city dwellers these staged regional trips looked artificial. There are stronger opinions among the observers that the Belarusian authorities are ultimately “stuck” in the transit epoch between the agricultural and industrial economies and cannot escape the frames of that epoch’s management.

Another target of the Belarusian authorities mobilization in the given period was the growth of wages in the entire country and its regions. For example, Alexander Lukashenko announced that it is necessary to secure average monthly wages on the level of 1500 Belarusian roubles (approximately $750) by 2019. However, if wages are consistently going up in Belarus (even though it is not enough to follow the timeline determined by the government) the population income continues to go down despite the economy recovery (in the first six months real income decreased by 0.8% against the same period last year), with enterprises continuing to dismiss more people than they hire.

Against this backdrop such a “mobilization of wages” appears to be pure populism. The ideological pressure of the authorities concerning the increasing wages issue may be reflecting an attempt to secure the electoral consolidation in the coming local electoral campaign in February 2018. Such games with expectations, however, can be rather dangerous in case of economy losing its positive dymanics for any reason. Having made a bet on a social contract “loyalty in return for prosperity”, the authorities can find themselves in a dead-end situation in case of yet another flare-up between Belarus and Russia, which will put under threat the stability of oil supplies and other aspects of the economic cooperation.

In early August the economy showed some positive dynamics. In January-June, 2017 the Belarusian export of goods and services increased by 19.4% to $16.760 billion against the same period of the previous year. The goods and services trade balance significantly grew making up $420.5 million against a deficit of $135.8 million in January-June last year, with a slower rate of the goods export growth, which corresponds with the Russian economy providing less positive incentives. However, in overall the dynamics is still positive.

Therefore, the gross domestic product of Belarus went up by 1.1% to 56.7 billion roubles (about $29.3 billion) in January-July, 2017 against the same period last year. To sum up, thr Belarusian economy has been showing the positive dynamics for five months in a row, despite not keeping up in terms of its agriculture due to the weather moving harvesting to a later term. During January-July the industrial manufacturing volume increased by 6% to 50.8 billion roubles ($26.3 billion) in comparable prices. Such a growth was observed in 10 out of 13 sectors of the manufacturing industry, with the biggest growth being in machinery and equipment manufacturing (21.1%), wooden and paper manufacturing (16.6%), and chemical manufacturing (15.9%). The volume of agricultural manufacturing decreased by 4.9% to 7 billion roubles ($3.63 billion). Thanks to the positive economy dynamics the Belarusian international reserve assets went up as well. As of 1 August, 2017 they made up an equivalent of $6.665 billion.

As for the other economic news, some special attention was paid to the authorities intending to increase the utility charges twice by the end of 2017 (in September and December). Such a rate of the utility charges increasing, in fact, allows the authorities to fulfill those conditions that served as a “stumbling rock” in their negotiations with the International Monetary Fund. However, against the backdrop of the IMF negotiations freezing the point of such a serious haste is still unclear. Taking into account the need to liquidate cross-subsidization as soon as possible, such steps taken by the authorities seem appropriate. It is quite possible that restarting the negotiations with IMF may be behind the move as well. However, the political aftermath of such steps may turn out to be quite considerable.

The key international event, namely the 26th session of the OSCE Parliamentary Assembly, took place in Minsk on  This development was used by the Belarusian authorities in order not only to demonstrate the important international role Minsk is now playing and its influence on the international arena, but also to officially announce the previously mentioned initiative of a “new Helsinki process”, with Minsk being the place to host the latter.

Moreover, Alexander Lukashenko demonstrated some quite vague ideas regarding the essence of “Helsinki-2”. He called it a wide-ranging dialogue (“a negotiating process”) aimed at “overcoming the existing differences in the relations between the states in our common space — in Euro-Atlantic region and Eurasia”. In accordance with the enlarged geographical problem field (including Eurasia) Lukashenko suggested to increase the number of participants in this dialogue including China (as well as the other Asian countries). Moreover, he stated that there may be a more active role for the smaller states in this process (in its own way a new, more respectable analogue of a “Non-Alignment Movement” as a place for a more active and even leading international role for Belarus).

Suggestions made by the Belarusian side seem quite “trustworthy” and are built in such a way that refusing to support them may look like an aggressive wish to “settle scores” instead of facilitating cooperation in the region. Meanwhile, this initiative does not provide any clues on how exactly the contradictions between the key players may be resolved. The essence of the current situation is that the mutual suspicions and threats between Russia and the West are, in fact, much more important than the threats presented to each of them by the transnational threats, such as terrorism, drug trafficking, migration (moreover, these very things can serve as the foreign policy instruments to opposing actors). Furthermore, the joint declarations or even documents on the mutual interests when it comes to joint threats cannot change anything in this particular situation.

On July, 12 the Deputy Chief of the General Staff of the Armed Forces of Belarus hosted a detailed briefing on the Belarusian-Russian strategic drills “Zapad-2017” which presented a reason for more concerns coming from the Western countries. “Zapad-2017” will take place mostly on the Belarusian territory on September, According to the idea and scenario of the event, it maintains the defensive policy and the topic of maneuvering is determined as a “Preparation and use of the troops (forces) to provide the Military Security of the Union State”. A total of 12 700 military personnel will take part in the event, with 10 200 people and 680 pieces of military equipment being present.

The Belarusian side intends to invite approximately 80 observers to the military drills, namely observers from the UN, OSCE, NATO, CIS, CSTO, the Red Cross, Latvia, Lithuania, Poland, Ukraine, Estonia, Sweden and Norway, as well as the military attaches accredited by the embassies in Belarus. Such a transparency is a sign of Minsk wish to hold drills in such a way that they are not considered as the ones undermining the regional stability and security by the international society. Moreover, despite some sorts of speculations and rumors, the Belarusian authorities do not intend to allow the Russian military contingent stay on the territory of Belarus after the drills are finished.

Despite Belarus demonstrating its ally obligations to Russia in the military and political spheres, the proof of which is presented by the joint military drills, Kremlin continues to put some pressure on Minsk. In particular, Vladimir Putin suggested setting in motion Russian oil supplies to oil refineries in Belarus by using the Russian railway and port infrastructure to transport the oil products, which may become a source for some new conflict situations in the oil and gas sectors. Nevertheless, the Russian government approved a loan of $700 million to Belarus, however, this loan is only to be used in order to refinance the Minsk obligations to Moscow to repay the debt Belarus had developed earlier on.

Against this background there was a considerable activity towards intensifying the political and military contacts with China. On 25 July the Belarusian Interior Ministry and the Chinese Public Security Ministry signed a protocol aimed to expand the anti-terrorist cooperation (including the information exchange, joint operations and technical assistance from China). Bejing expects that Minsk ensures safety of the industrial park “Great Stone” and other facilities within the framework of the Chinese initiative “One Belt, One Way”, as well as the related cargo traffic flows.