Expert: Russia will keep up its pressure on Belarus 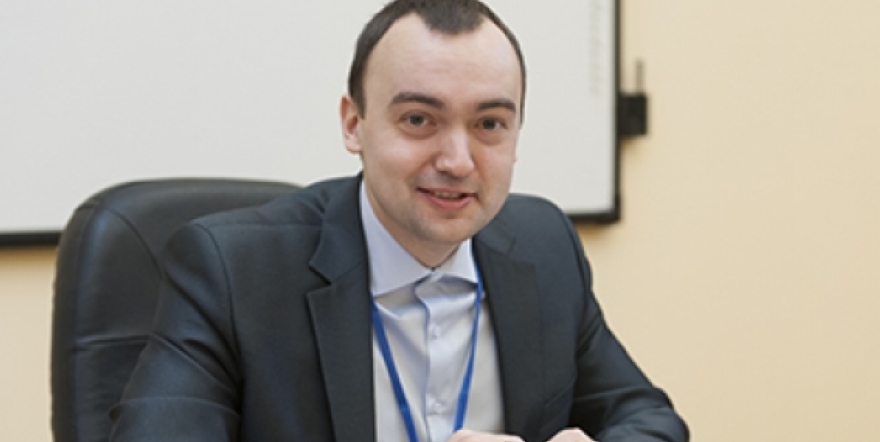 Expert: Russia will keep up its pressure on Belarus

While the joint Russian-Belarussian military exercises Zapad 2017 ended on Sept. 20, Russia’s desire to keep the pressure on former Soviet republics continues. The Zapad 2017 (West 2017) exercises caused much alarm among various international experts. But the worst fears did not come to pass. Russia did not use the exercises to annex Belarus, a nation of 10 million people run by dictator Alexander Lukashenko since 1994. The Kremlin also did not use the exercises to stage an invasion of any other countries.

Still, Zapad 2017 showed the high level of communication and military integration between Russia and its much smaller neighbor.

Viktor Muzhenko, commander-in-chief of the Ukrainian army and chief of the general staff, alleged that Russia left its troops in Belarus after the exercises.

Yuri Tsarik, a Belarusian analyst and chairman of the supervisory board of the Center for Strategic and Foreign Policy Studies in Minsk, Belarus, was asked to comment on these and other aspects of the Kremlin’s war games by freelance journalist Ksenia Kirillova.

Ksenia Kirillova: On the eve of West 2017, your colleague Arseny Sivitsky listed the parameters of the joint part of the exercise: its length, the number of military units, units of equipment, script, etc. Were these conditions met?

YT: Yes, on the whole, it can be noted that the joint Russian-Belarusian exercises, at least the part that took place on the territory of Belarus, were held in accordance with the plan and in the framework, that was announced in advance. The threshold number of 3,000 Russian soldiers and 280 pieces of equipment was not exceeded. However, as has been repeatedly noted, this was only one part of larger military exercises conducted by Russia unilaterally. They involved the troops of the Southern and Central Military Districts, while some maneuvers were conducted in the Arctic latitudes.Strategic missile forces participated in the Russian part of the training, and on the eve of the start of the joint part of the exercises, on Sept. 13, an intercontinental ballistic missile was tested. According to all available data, the number of troops involved in this was much larger than the figure officially announced for joint Russian-Belarusian exercises. For example, simultaneously with the official part of the West-2017, Russia organized the exercises of the Baltic Fleet, in which 1,000 people participated in just one day.

KK: And what can you say about the statement of the chief of the General Staff of Ukraine?

YT: His assessment is based on the fact that at the time of the withdrawal of Russian troops from the territory of Belarus after the completion of the exercises, Russia introduced a small group of airborne troops to conduct joint tactical exercises with the Belarusian special operations forces. This is a small exercise and it’s planned to be conducted about 40 times in 2017. They happened periodically before the West-2017 and will continue until the end of the year. The number of participants in these exercises does not exceed a thousand people, and in previous similar exercises Russian paratroopers returned every time. But Russia, of course, regards the Belarusian exercises as part of the large-scale maneuvers, West, which it conducts unilaterally. This is often the basis for the difference in estimates. However, as already noted, during West-2017. the Belarusian side invited 80 international observers. Moscow simply did not dare to organize any kind of provocation in the public eye.

KK: Were there any attempts to stage such provocations?

YT: Only in the information sphere. For example, on the first day of the exercises, official Russian sources published information about the alleged advancement of the First Tank Army to the territory of Belarus. The Belarusian side was shocked by this, since this turn of events was not in their plan for the exercises. For several hours, Minsk could not contact the Russian Defense Ministry to find out what was being said, and could not give any refutations. Only later, did the military authorities of the two countries explain that they meant “an advancement of the tank army towards Belarus, but on Russian territory.”

KK: Was the exercise West-2017 aggressive or defensive in nature?

YT: The part that was conducted on the territory of Belarus was defensive in nature, which, in fact, was defined by the very parameters of the exercise. However, larger-scale Russian exercises were offensive in nature, which Russia did not even attempt to conceal. Moscow is preparing to send more troops to Syria, so the exercises in the Southern Military District, including the territory of Abkhazia, continue non-stop. Also, Russia traditionally works under the so-called “nuclear de-escalation scenario”, which since Soviet times implies a possible military conflict with NATO and the first use of tactical nuclear weapons to induce the enemy to negotiate. The possibility of using nuclear weapons is also fixed in the Russian military doctrine.

KK: What, in your opinion, was the most serious threat against Belarus from Moscow?

YT: First of all, it is political destabilization of Belarus from within, during which Russian troops could stay in the country and intervene in the conflict as" peacekeepers "or with the aim of supporting the authorities. This scenario has not materialized, but risks remain, as the Belarusian authorities are now taking very unpopular steps, which can provoke discontent among the population.

KK: Returning to the exercises. Even though Russia did not risk openly violating the stated agreements and did not interfere in Belarus’ internal affairs, there is one more aspect of the war, which, I think, Minsk lost. This is an information war. Assuming that one of the goals of the exercise was to demonstrate the Belarus’ dependence on Russia and its lack of autonomy, it should be recognized that Moscow succeeded. This impression is confirmed by a series of kidnappings of Ukrainians or pro-Ukrainian Russians from the territory of Belarus in recent times. On Aug. 24, 19-year-old Pavel Grib was abducted, and on the eve of the exercises, Vladimir Egorov, chairman of the Yabloko Party in Toropets, who was in Minsk, was deported to Russia. And these are not the only cases. It turns out that these people were abducted with the participation or with the connivance of Belarusian siloviki, do you agree with that?

YT: I agree with this assessment. Yes, the goal of the Russian side was to show the lack of independence of Belarus, its inability to monitor what is happening on its own territory. Yes, Belarus managed to avoid the worst in the military aspect of the West-2017 exercise. However, with regard to the information and political aspects, Minsk was predictably almost helpless. And a special place in this picture is, of course, the abduction of Pavel Grib. Therefore, it’s good that the Ukrainian side did not let this situation slide. It’s important to protect our sovereignty, first of all for the Belarusians themselves, and we will be grateful if Ukraine continues to push for an answer from the Belarusian authorities on how this could happen.

KK: How do you think the abductions were organized? Russian special services give orders to Belarusian ones, or are they operating on Belarusian territory?

YT: To be honest, it’s very difficult for me to imagine the implementation of such an operation without the participation of the Belarusian special services. In any case, they weren’t allowed to interfere in the actions of the Russian security forces, and had to provide them with a “corridor”, etc. In connection with this, we need to pay attention to Kadyrov’s recent visit to Belarus. There is information that it is the Chechens who control the illegal trafficking of people into the EU through the territory of Belarus. Recently, six Chechens illegally trafficking migrants to the EU were detained. The situation in this area is extremely opaque and alarming. In a word, it is very important that the Ukrainian side receive an answer as to what exactly happened to Pavel Grib in Belarus.

KK: For the third year now, Russia openly declares its desire to build an air base in Belarus. Do you think these attempts to pressure Minsk in this regard will continue?

YT: Unequivocally, Russia’s pressure will only increase in all aspects. This is Moscow’s logic and its strategic priorities, and only very serious changes in the Kremlin can affect them. For now, Belarus retains some resources to contain this pressure, but it’s very difficult to give any exact forecasts.