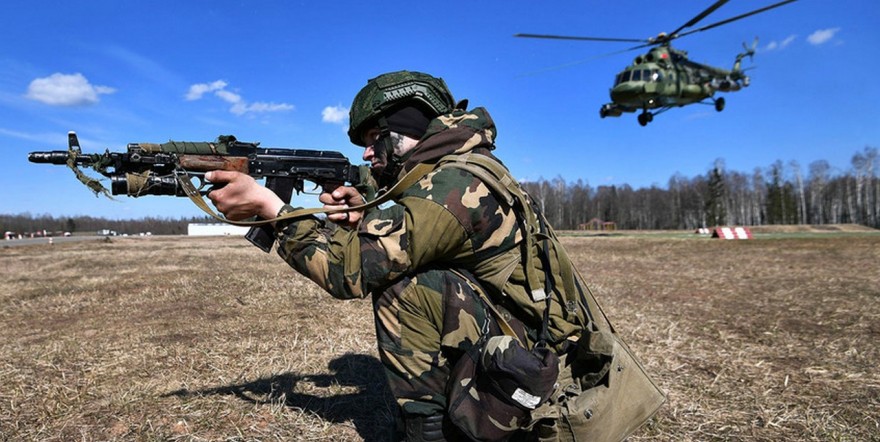 Taking into account the coming parliamentary and the presidential elections, the Belarusian authorities are making steps to liberalize the country’s economy, however, these actions do not seem to be making an impact on a difficult economic situation in the country, while “Zapad-2017” results demonstrate not only a deeper crisis in the country’s relations with Russia, but also Minsk losing the initiative both on the international arena and in the information space.

One of the main developments of the period was the announcement of the possible early presidential or parliamentary elections in 2019 instead of 2020 made by the head of the Central Election Commission. The multiple comments followed this statement addressing the background of one or another scenario of this “change”. However, one can only be sure to say that it is highly unlikely that the local elections will be held together with a referendum. Some rumours have it that such issues as the moratorium on the capital punishment, the change for a mixed electoral system and the extension of the president’s term from 5 to 7 years can be put to vote.

With the elections coming up, in September the Belarusian authorities dramatically intensified their efforts to reform the economy. Such reforms, however, just as before are understood in quite a specific way — as the “improving the conditions of the economic management” for the small and medium sized businesses while rejecting a consistent reform for the state sector.

Nevertheless, even those steps the authorities are ready to make can produce a significant positive impact on the dynamic of the economic situation. For instance, a list of the activities was enlarged by those activity types where the physical persons do not need to be registered as the individual entrepreneurs. The President Lukashenko also supported the draft law aimed at the further development of the craftsmanship. Furthermore, a special attention was paid to the issue of the agroecotourism developing, which was the main topic of the meeting of Alexander Lukashenko and the country’s Economy Minister Vladimir Zinovsky. The President approved the most liberal approach to regulating the activities conducted by those involved in the agroecotourism, including allowing them to host weddings, receptions and other events.

Lukashenko also demanded a liberal approach to the draft law concerning the introduction of the amendments and addenda to the Administrative Violations Code and the Code of Execution Procedure on Administrative Violations in the course of the meeting with a director of the National Center of Legislation and Legal Research Vadim Ipatov, especially when it comes to cases dealing with businessmen. Moreover, in the given period a decree on the tax consulting was signed thus creating the institute of the tax consultants and regulating their acitivity. Finally, in the course of the meeting between Alexander Lukashenko and the chairman of State Control Committee Leonid Anfimov, who reported on the draft decree “Concerning the measures to improve the control (audit) activities”, the President additionally demanded to dramatically reduce the number of the business inspections.

In general, the economic situation in the country does not leave much hope. With the backdrop of the possible new shakedowns connected to the dynamic of the relations between Belarus and Russia, the dynamic of the population income did not become positive even in the most optimistic months of 2017 second quarter. In January—July, 2017 this number was 0.5% lower compared to the corresponding period in 2016. Therefore, the population did not get a much needed “break” before the next wave of the rather painful transformations. To be more precise, it concerns the coming events of the Belarusian economy reaching 100% of compensating the housing costs by the population of the country. Having increased the housing tariffs in September, the authorities are planning two similar steps in the nearest future: at the beginning of both December and January. These actions, in their turn, will allow for the necessary compensation level in all the housing costs except heating. The latter is behind other housing costs and 100% compensation in this case, according to the relevant ministry, is only possible by 2025 (taking into account the plan of achieving the equal-netback pricing on the energy products in the relations with the Russian Federation). Yet with the backdrop of the dissatisfying dynamic of the population income such plans appear quite risky, while with the low rate of the inflation in other sectors of the economy the growing housing tariffs will without a doubt become one of the main concerns of the country’s population exactly before the elections at the beginning of 2018.

According to the National Statistical Committee of the Republic of Belarus, the listed number of the employees working for the state organizations made up on average 1 mln 511 thousand people as of January—June, 2017, which is 132 thousand people less against the same period in 2016. This means that despite the multiple statements on fighting the job cuts and creating the new jobs instead, the authorities are in fact cutting the number of the employees quite fast. Moreover, this affects both the government staff undergoing yet another optimization wave, as well as the state enterprises. In its turn this means that the ability of the authorities to support the positive dymanic or stagnation at the job market is extremely limited. The state sector of the economy is going through a phase of a deep recession and will continue to “free up” jobs, which will definitely further complicate the work of the authorities aiming to balance the country’s economy and create the atmosphere of the social optimism getting ready for the 2019 political campaigns.

In January—July, 2017 the Belarusian export of the goods and services increased 19,5% against the same period 2016, up to $19.739 bn, with the July export being lower than the June export by 7.1%. The balance of the goods and services trade significantly increased during 6 months and made up $489 mln against $73.9 mln in January—July previous year. The positive balance went up by 17.4% against the first six months. In other words, the dymanic in the country’s economy remains positive, but now mostly due to the very low numbers in 2016. Such growth is considered to be no more than preventing the economy from going down by the majority of the population.

The main development of the given period happened due to the Belarusian and Russian joint strategic drills “Zapad-2017” on the territory of Belarus. Even though in general this event did not bring about any serious incidents, it also did not change the general tendency of worsening the relations between Belarus and Russia. From the very beginning official Minsk faced a difficult dilemma: to host “Zapad-2017” in such a way that there would not be any additional pressure or undermining the regional security, yet demonstrate to Moscow the fulfilment of its ally obligations. By 30, September the Russian contingent, far from being numerous, was withdrawn from the territory of Belarus. Despite the stated positive moments, with the backdrop of the intensifying information campaign against the drills the Belarusian side happened to find itself in quite a difficult situation during the event itself. Without the possibility to control the Moscow’s provocations during the parallel large scale maneuvers “Zapad-2017” on the Russian territory, Minsk wasn’t able to distance itself in the information space as well. As a result, the information pressure of the Western countries aimed at the drills mostly affected Belarus, not Russia.

However, when it came to the aftermath of the drillls, the general image losses of the Belarusian side turned out to be rather insignificant. Yet there is a problem of Minsk completely losing its initiative on the international arena and in the information space. Its attempt to further promote the idea of “Helsinki-2” on the “Minsk square”, introduced yet again by the Foreign Affairs Minister Vladimir Makei during the UN’s 72nd General Assembly session, is actually the only direction of the foreign policy activity which still demonstrates some dynamic. However, it is rather obvious to foreign observers that “Helsinki-2” is an empty initiative aimed exclusively on legitimizing a new, “post-Crimean” status quo. And in this regard the actions of Minsk aimed at promoting this initiative further undermine the trust to the quasi-neutral position of the country on the international arena.

It is worth mentioning that in the given period there were more than enough signals from Russia pointing at the dooming perspectives for the development of the bilateral relations between the countries. For instance, the Ministry of Agriculture of the Russian Federation came forward with accusing Kazakhstan and Belarus of making a negative impact on the raw sugar market in the Eurasian economic union due to the fact that these countries have a tax free import of the raw products. The Moscow’s pressure continued regarding the issue of redirecting the Belarusian oil products export to the Russian ports. In its turn, the Belarusian side made a statement about no wish to cooperate with the Russian partners in the sphere of the potash fertilizers trading.

The case of the Ukrainian citizen Pavel Grib, who most probably was kidnapped by the Russian special forces on the territory of Belarus, resulted in an additional negative effect. Since this case is among other cases of kidnapping people on the territory of Belarus, this situation raises a serious issue of the Belarusian side not being able to control the situation on its own territory.

As the “Zapad-2017” drills and the mess with an intention (and the lack of an intention) expressed by the presidents of both Belarus and Russia to visit one another demonstrated, Moscow used these drills to voice a clear signal of “stripping” Belarus of its status of the “irreplaceable ally” in providing the military security in the Western strategic direction. Having underlined the focus on holding their own drills, and not the joint ones, Kremlin made a clear statement that it is determined to provide its own military security exclusively in the unilateral terms (and possibly believes that this has already been achieved).