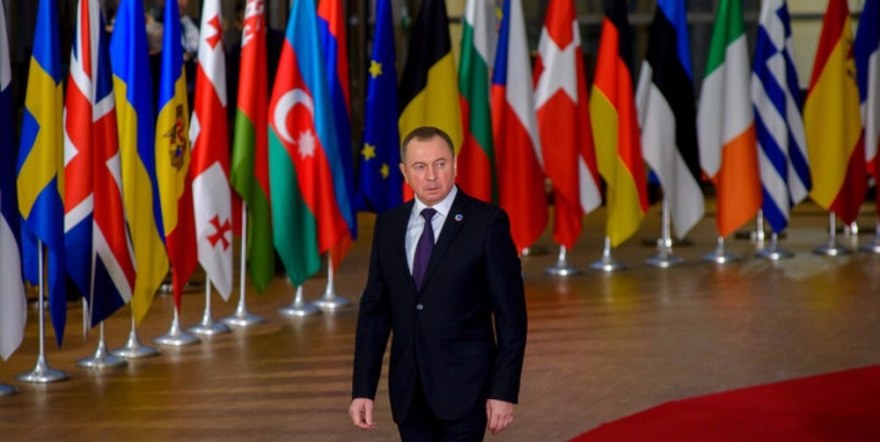 Despite the President Lukashenko’s absence at the Eastern Partnership summit in Brussels, Belarus set an ambitious goal of signing a fundamental agreement with the EU already in the nearest future. Meanwhile, Minsk is not getting tired of assuring Kremlin of the loyalty to its Union obligations. The country’s economy shows a slow but positive trend aided by the liberalization of its legislation

Against the backdrop of instability both in the country’s foreign policy and the economy, the Belarusian authorities continue to make further steps towards the country’s economy liberalization. On 23, November Alexander Lukashenko signed a decree on the “Development of Entrepreneurship”, which is a key document in the package of regulations designed to improve the business climate in the country. The decree involves some radical changes for the interaction mechanisms between the government agencies and the business enterprises, minimizing the interference of the government officials with the work of the commercial entities and enforcing the mechanisms of business self-regulation and its responsibility to the society. The minimal level of the state control, however, remains in place.

To reach these goals, the decree will allow starting up a private business by only notifying the authorities about the intended business lines. The list includes consumer services, tourism, social services, trade and public catering, transportation of passengers and luggage, merchandise production, production of construction materials, and some other popular types of business.

Thus, the document is supposed to cover the spheres where about 95% of the Belarusian small and medium private companies are concentrated. In order to start such a business, a private entrepreneur will have to notify the local executive body using the one-stop principle. The notification can be sent by the registered mail or via the digital services web portal. The entrepreneur will be authorized to pursue the chosen activity starting the next day.

Closing the White Legion case and stopping the criminal proceedings against its members, obviously fabricated, became a positive development in the country’s domestic policy. The White Legion members were previously charged with establishing an illegal armed group planning a military takeover.

In January-October the Belarusian GDP increased by 2% against the same period in 2016 and made up 86.8 bn Belarusian roubles. Against this backdrop the European Bank for Reconstruction and Development improved its 2017 forecast on the Belarusian GDP growth from — 0,5% in May to +1,5% in November, while in 2018, according to the bank forecast, the Belarusian economy will grow by 2%.

Promoting Belarus’s peacemaking image, the Minister of Foreign Affairs Vladimir Makei stated that Belarus is ready to send its peacekeepers to Donbas

Against the backdrop of growing uncertainty in the Russia — US relations and the new American law on sanctions approved by the Congress and signed by Donald Trump in August, which is about to enter into force, Belarus continued to be busy implementing its strategy of the foreign policy balancing, as well as strengthening its image of the regional security and stability donor.

NATO made a final confirmation that Russia left no military contingent or equipment in Belarus after the joint Belarus — Russia Zapad-2017 military drills, thus having dispelled the fears of the countries neighboring Belarus. Such evaluation was based not only on the Alliance’s own observations, but was also possible due to the unprecedented regime of transparency and openness of the Belarusian side. Promoting Belarus’s peacemaking image, the Minister of Foreign Affairs Vladimir Makei, as a result of a joint meeting of the foreign policy agencies in Moscow on 15, November, stated at a press-conference that Belarus is ready to send its peacekeepers to Donbas if such a decision is suitable to all sides.

In this case the initiative reflects the position of Belarus on the matter, first formulated by the President of Belarus Alexander Lukashenko in 2014, rejected by Moscow at that moment. After the consultations between Moscow and Washington regarding the possible parameters of such a mission, this statement reflects the Belarusian commitment to a peaceful resolution of the Ukraine — Russia conflict. However, it is quite unlikely that the scenario of the UN peacekeeping mission present in Donbas will be fulfilled due to the rising tensions between Russia and the USA, with Belarusian possibilities of holding the peacekeeping operations under the UN auspices being limited by two squadrons prepared in compliance with the international standards. As for the legal aspect, the Belarusian military personnel can participate in those peacekeeping missions that were authorized by the UNO.

Meanwhile, the Belarusian side tries to improve the Belarusian image in the eyes of the Kremlin making an impression of a trusted ally that fulfills all obligations undertaken in the military and political spheres. For example, on 10, November a joint meeting of the defense agencies of Belarus and Russia took place in Moscow, where Russia’s Minister of Defense Sergei Shoigu stated that the NATO actions in the immediate proximity of the Union State undermine the strategic stability and force to undertake some counter measures of the defense nature. Already after holding the joint meeting, he continued criticizing the Alliance activities and made a statement that NATO tests the nuclear weapons on the Eastern flank. However, the Belarusian side, when commenting on the results of the joint meeting, did not express its solidarity with the evaluations of the Russian counterparts, having paid attention mostly to the technical details of the military cooperation with Russia.

Minsk also continued its work on overcoming the contradictions in the trade and border control spheres of its relations with Russia. The Ministry of Agriculture and Food of the Republic of Belarus counts on lifting the limitations on supplying produce from 54 Belarusian enterprises.

Minsk intensified the negotiations on creating a single migration space and reciprocal recognition of visa. It means that a foreigner entering one of the two countries with a valid visa is able to enter the second country with the same visa as well. However, this novelty will only be relevant for those states that have the same visa regime with Belarus and Russia.

At the press conference following the joint meeting of the foreign agencies, Vladimir Makei was also forced to comment on the Alexander Lukashenko’s private invitation to the Eastern Partnership summit in Brussels. Judging from those comments, Moscow assumed a rather hardline stance on the issue. As a result, Vladimir Makei was forced to assure the Russian side that Belarus participating in the summit in Brussels will not mean an anti-Russian position.

According to the Minsk official stand, the very process of normalization of the Belarus and the EU relations has no risks for the Kremlin. Moreover, he stated that Belarus will prevent the final declaration of the Brussels summit from being anti-Russian.

As a result, several days before the Eastern Partnership summit in Brussels, Alexander Lukashenko stated that he is not going to participate in it. Vladimir Makei was the head of the Belarusian delegation instead. Belarus was mentioned in the summit’s final Declaration several times. To be more precise, the summit participants decided that a “critical cooperation” between the EU and Belarus became more comprehensive, including the work of a coordination group Belarus — EU, as well as a dialogue on the human rights and a trade dialogue. Among 20 deliverables the Eastern Partnership faced there is a progress on mobility, including preparing an agreement on a simplified visa regime and Belarus readmission (however, the date of signing is yet to be set).

Many observers pointed at the fact that the absence of Alexander Lukashenko at the Eastern Partnership summit was connected to the Moscow’s tough stand on this issue. However, having no special agenda on Belarus at the summit was another reason. It was initially planned that a list of “Priorities of Partnership” by 2020 would be developed by the summit start. However, it is obvious that neither Minsk nor Brussels fulfilled this task. These two reasons altogether resulted in the Lukashenko’s absence at the event. Meanwhile, the EU took a quite understanding stand in the matter. The EU Commissioner for European Neighborhood Policy and Enlargement Johannes Hahn’s reaction to the decision taken by Alexander Lukashenko not to visit the summit was rather calm. Despite the moderate results of the Eastern Partnership summit, Belarus sets an ambitious target to develop and sign a fundamental agreement with the EU (similar to the Armenia — EU Comprehensive and Enhanced Partnership agreement) in the nearest future.