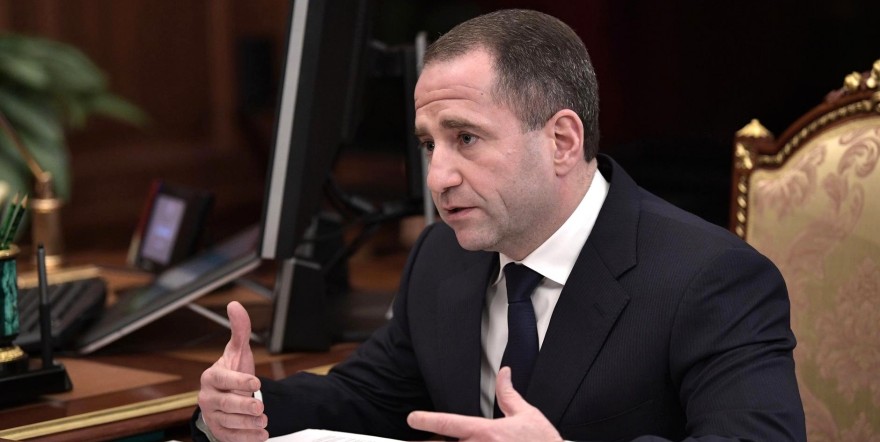 The trade wars with Russia and the Moscow’s desire to limit the use of the European raw materials which are “under sanctions” can cost Belarus not only profits but also the trust of the Western partners. The Kremlin also presses Minsk through diplomatic channels, imposing Mikhail Babich, the “Ambassador of War” to take post in Minks. Domestic Policy: Civil servant “moral image” demand

In July, the key events on the official agenda were the President Alexander Lukashenko’s meetings with the Presidential Administration leaders, ministries, and organizations devoted to the public service and civil servants training issues. These events were marked with the traditionally tough rhetoric of the Belarusian leader and, judging by a number of signs, by the preservation of the conservative and ineffective approaches to solving problems in this area.

During the discussion, it became clear that previously announced reforms of the state apparatus (with 30% staff dismissal) were either not implemented, or simply unsuccessful According to Alexander Lukashenko, at the moment there are 37 thousand civil servants in Belarus. The president demanded to develop a Civil Servant Code of conduct to regulate the “moral qualities” of the state employees, requiring foremost the political loyalty and anti-corruption measures. However, such statements raise doubts against the backdrop of the unprecedented corruption cases.

As noted in the previous review, the large-scale corruption in the medical sphere (dozens of the health institutions heads, including the deputy minister, were detained)

and the “false” corruption allegations undermine confidence in the anti-corruption rhetoric and the state apparatus in general. The important feature of the detentions is belated and incomplete informing the public and the detainees’ colleagues about such operations. It resulted in unnecessary tensions in the medical community, influencing health care institutions’ patients.

The Prosecutor General’s Office also contributed to the fight against corruption and “mismanagement” by carrying out the inspections to 86 agricultural enterprises, which resulted in four criminal cases.

The level of trust to authorities remains low in the society. The reasons for this are both the actions of the authorities and the constantly emerging conflict situations. Two major hotbeds of tension are the protests against the entertainment complex near the Kyropaty burial sites of the People’s Commissariat for Internal Affairs’ mass repression victims, and the situation with the construction of a battery plant in Brest.

The deterioration in the relations with Russia and the search for the additional sources of financing push the Belarusian authorities to conduct a bigger scale but still “point-to-point” privatization. In any case, privatization, even in such scope, will help to create an environment more favorable for the private business development.

The World Bank’s Partnership Strategy Framework for Belarus provides another important incentive to the reform — the possibility of the development loan.

As before the World Bank links this loan to the resumption of the International Monetary Fund cooperation program. Thus, the potential agreement with the IMF promises the Belarusian leadership not only $3 billion from the IMF at a low interest rate, but also a significant (up to $1 billion) sum from the World Bank. This level of support is undoubtedly an extremely powerful incentive for the Belarusian authorities, especially against the background of the continuing deterioration in the relations with Russia.

Advancing along the path of the market reforms and strengthening of Belarus’ independence from Russia will obviously allow Minsk to claim some additional support from Brussels. This explains the government’s plans to raise the salaries of the state employees. Such an increase will raise the budgetary sphere workers’ incomes and thereby create the prerequisites for the implementation of the housing and communal services reform, which the IMF insists on (with 100% return of utility services with the help of the population payments).

Meanwhile, the rating agency Fitch Ratings affirmed the long-term issuer default ratings of Belarus in foreign and local currency at “B, stable” level, noting the high level of public debt, weak banking sector, and high dependence on the currency fluctuations.

Foreign Policy: Relations with Russia with no positive changes

The relations with Moscow continued to develop in a negative scenario. The main news was the information about the request by the Russian side for the candidacy of Mikhail Babich as a Russian ambassador to Belarus. Mikhail Babich is a typical “ambassador of the war” with a serious power and political background. The Kremlin needs just such personnel to use in full the Russian embassy in Belarus for imposing its positions and actions in the Kremlin interests. The embedding of the relevant information in the media probably reflected the difficulties that arose in the negotiations of the parties about his candidacy. The further refusal of Minsk to agree on the candidacy of the ambassador may lead Russia to refusing to offer other options. This can result in an actual reduction in the level of diplomatic representation unilaterally.

Uncertainty also remained in the situation around the supply of the Belarusian dairy and meat products to Russia. On July, 13 the Federal Service for Veterinary and Phytosanitary Surveillance and the Belarusian Ministry of Agriculture and Food signed another “road map” to lift the restrictions on the supply of milk and dairy products from Belarus to Russia. The Russian side received a full access to the information on the volume of production, products’ specifications, sources of the raw materials, and other aspects of the Belarusian enterprises functioning.

With the help of this, Russia expects to keep the Belarusians from re-exporting the dairy products “under sanctions”, as well as using such products as raw materials in violation of the safety requirements (for antibiotics and other dangerous substances). The same applies to the supply of the meat products.

Trying to “squeeze” the European raw materials out of Belarusian dairy market, the Russian side solves two tasks at once. First, it limits the ability of the Belarusians to obtain any additional revenues from the export of the dairy products. Second, it reduces Belarus’s value as an important partner for the EU countries in minimizing the negative effect of the Russian “counter-sanctions”. Alexander Lukashenko not only openly called the Moscow’s sanctions policy a “headache” for Belarus, but threatened the Russian side by saying that Minsk has some information about the high-ranking security leaders involved in the illegal import of the “under sanctions” products through Belarus.

Against the negative background of the Belarusian-Russian relations, on July a working visit of the Foreign Affairs Minister Vladimir Makey to Latvia took place. With his Latvian counterpart Edgars Rinkevics he discussed not just a wide range of the bilateral cooperation issues (in the trade, economy, and transit spheres) but also the preparation of Alexander Lukashenko’s official visit to Latvia. As the Foreign Affairs Ministry representatives noted, this visit has been prepared for a long time and it will be filled with the economic issues, including some negotiations and contracts signing. At the same time, this visit will undoubtedly have a serious symbolic significance: the visit of the Belarusian leader to the EU countries will begin with neighboring Latvia.

Against this background, Alexander Lukashenko signed a decree on July 24 to extend the visa-free stay for the foreign citizens from 80 countries from 5 to 30 days. Moscow’s rather tough reaction to this decision is likely to be expected . Apparently, the Kremlin will use this decision to legitimize the accelerated deployment of the border infrastructure on the Belarusian-Russian border and de-facto establish the border regime.