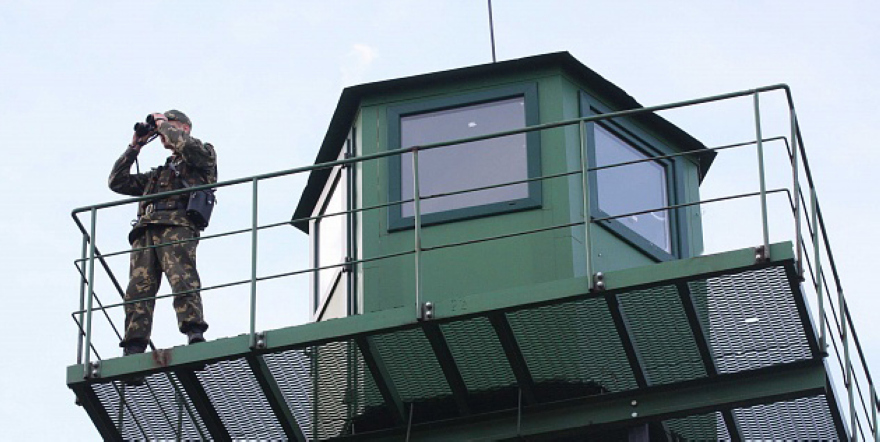 Within the given period the relations between Belarus and Russia have become a source of mostly negative news. As for the country’s domestic policy, there are some significant changes in the opposition, while economic indicators are demonstrating lower figures for the first time over a rather long period.

In September the Ministry of Internal Affairs (MIA) initiated a campaign against domestic violence, which was quite suddenly met with opposing views. Igor Marzalyuk, an influential MP and the Chairman of the House of Representatives’ Commission on Education, Culture and Science issued a statement that said the draft bill on domestic violence prepared by the MIA, assisted by “global funds”, “contradicts the traditional values” of Belarusian society. Moreover, the MP also stated that the draft bill unacceptably portrays a man and a father as an “agressor”, while a woman and a child are “victims”.

Yet as for the political opposition, there are some significant, however, still not so much meaningful “changes of actors”. Vasiliy Polyakov, the head of the opposition United Civil Party resigned only several months following his election. Nikolai Kozlov, a former MIA official, was appointed as acting Deputy Chairman of the UCP. What’s more, last week Denis Mandik was elected as the new leader for “Moladzi SBN (Union of Belarusian Youth)”, while the center-right coalition including the Movement for Freedom, United Civil Party and the Belarusian Christian Democracy party made a statement regarding the necessity of nominating a single opposition candidate for coming presidential elections. However, no specific names for potential candidates followed.

Economy: From recovery to stagnation

In August 2018 Belarusian economy went down 0,5%, showing a decrease for the first time since the end of 2017. While in the seven months of 2018 the economic growth made up 4.4%, after the eighth month it was only 3.7%, with the main factor responsible for such a decrease being a decline in producing agricultural goods. 2018 saw a record low harvest of grains and legume crops that made up 5.25 ml tons (which is 30% lower than in 2017). Therefore, agricultural organizations decreased their product release by 34.8%, which led to losing 3.5% of gross domestic product in August (the fact that it was only Minsk, having no agricultural enterprises, that remained in the black among Belarusian regions speaks for itself). Moreover, there is a trend of slower growth in other sectors as well. For instance, in processing industry the added value grew only by 1.7%, wholesale trade by 2.2% and freight transportation — only by 0.1%.

Another factor responsible for Belarusian economy deterioration was the lower level of oil product import from Russia and as a result, “shrinkage” of refinery operations followed by export to the third countries. In January-July Belarus imported from Russia 2.35 tons of oil products costing $912.2 ml.Against the same period last year oil product import from the Russian Federation grew in physical terms by 36.8% and in monetary terms — by 43.7%. Yet in July Belarus got a smaller amount of oil products compared to the previous months — 237 thousand tons (against 365 thousand tons in May). This volume is likely to be even more modest in August.

Within the given period the information was released on the real scale of national debt issue that the authorities will be facing in 2019 and further on. According to the Ministry of Finance, as of September, 1, 2018 the national debt of Belarus made up 44 bn roubles, which is 1.8 bn roubles or 4.3% more than it used to be at the beginning of 2018. As of September 1, foreign national debt made up $16.6 bn, which is $173.1 ml less than it was at the beginning of the year taking into account exchange rate fluctuations, or 1% percentagewise. Overall, the budget provides for 2.5 bn roubles for servicing national debt in 2018, which is 25.2% more than 2017 evaluations. Such exorbitant level of debt pressure will be present for another four years. Moreover, taking into account world market dynamics, it will be extremely difficult for Belarus to restructure its debt while getting lower interest rates. As it was mentioned before, the Belarusian authorities de facto have no alternative to the IMF cooperation agreement. This fact was confirmed by the Minister of Finance of Belarus Maksim Ermolovich, who issued a statement regarding launching the implementation of the IMF program in Belarus in 2020. The sum mentioned so far is $3 bn, however, this sum may increase in the future.

As for the relations between Belarus and Russia, they have provided quite negative news within the given period. The main bad news was yet again connected to oil and gas and Belarusian food export. On September 3, the Minister of Energy of the Russian Federation Alexander Novak took a strong stand on the issue of oil product export to Belarus saying that it makes no economic sense. In this context September’s main development was the meeting of the presidents of Belarus and Russia in extended format on September 21. According to the Belarusian side, they managed to achieve Moscow’s complete refusal to try and cut re-export of Russian oil by Belarus in 2018 and 2019. In return Minsk continues to pay for Russian gas according to the prices agreed upon earlier (taking into account “surplus payment” for gas transportation).

As for oil product supplies, the results of Sochi negotiations provided a completely clear understanding of their supplies for domestic needs of the Republic of Belarus. The given volume (approximately 300 thousand tons a year) will be supplied and will even increase by 10% in 2019. However, the situation is still unclear when it comes to supplies for minimal processing and re-export. As announced by Russia, these supplies will be dramatically reduced in the fourth quarter of 2018, however, they were already cut down in July-September 2018.

Against the backdrop of a new uncertainty in the relations with Russia Minsk tried to diversify its ties, especially in Eastern directions, to the maximum extent. On September Alexander Lukashenko visited Uzbekistan, where he signed almost two dozens of agreements including an agreement on military and technical cooperation. Uzbekistan is a rather attractive market for Belarus, as it is also an opportunity to earn the same amount of money in Central Asia as when cooperating with Chinese partners (for example, in Tajikistan) and when interacting with Kremlin’s “new allies”.

On September 28, the Commonwealth of Independent States summit in Dushanbe did not bring any tangible results. The focus Alexander Lukashenko made during the Dushanbe summit was on developing the CIS cooperation with the Shanghai Cooperation Organization and “One Belt, One Road” Initiative.It was probably meant, among other things, to define Minsk’s main “geopolitical card” in the continuous clash which is the support from the Chinese side. Lukashenko also had a meeting with the president of Tajikistan Emomali Rahmon; during the meeting the Belarusian president stated that Belarus is ready to take an active part in the industrialization plan of this country.

The State Border Committee of the Republic of Belarus released information on mass arms forfeit that came from the territory of Ukraine to the territory of Belarus. In particular, the SBC provides data on around 100 units of arms and 1200 units of ammunition, with the Ukrainian side stating 100 units of arms and ammunition (therefore, it means a minimal amount of arms and mostly ammunition), while Belarusian data refers to the entire border of the country, not only its Ukrainian part. It is not a secret that illegal migration, drug and arms trafficking to Belarus come from the Russian direction. Already in summer, when Lukashenko visited the border post in Kobrin District, he set a task to work on launching “maneuverable mobile units” in order to transfer them to difficult border parts, first and foremost, to the border between Belarus and Russia.