Belarus and Russia: On the Evolution of a “Hybrid Union” 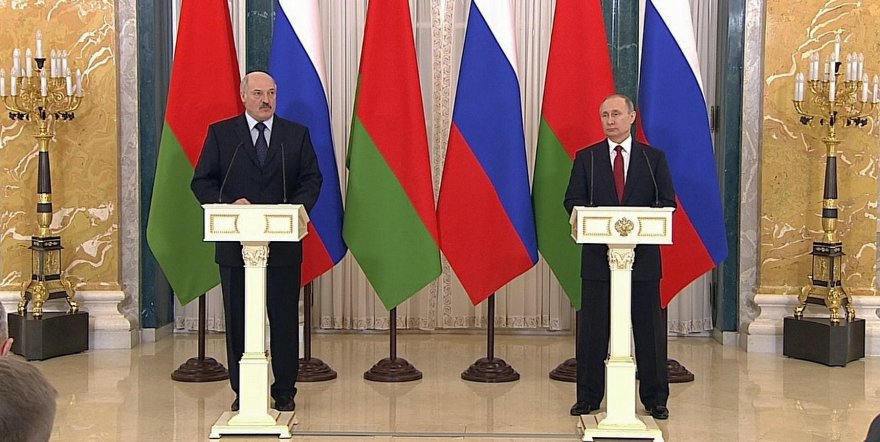 Substantive changes in the nature of certain aspects of Belarusian-Russian relations which have come to passsince the start of the crisis in Ukraine have led to the impression that “everything is possible” between Moscow and Minsk. Especially given that a change of leadership in both countries over the next five to six years is very likely.

Despite all the vicissitudes and contradictions in the relations between these two allies, their interaction in the foreseeable future will be characterised by continuity — at least in the institutional sense. This continuity will take the form of Belarus’s retaining membership of in the Eurasian Economic Union (EAEU), Collective Security Treaty Organisation (CSTO), and its bilateral alliance with Russia (the Union State), as well as its participation in looser international organisations such as the Commonwealth of Independent States (CIS) and Shanghai Cooperation Organisation (SCO).

Minsk’s choice in favour of further participation in these structures is informed by the absence of distinct attractive alternatives (namely, European integration), as well as the actual and potential benefits of such participation. Among the most recent important developments for Belarus is the prospect of creating a unified electricity market in the EAEU in 2019 and a unified gas market in 2024 (which could be accelerated to the end of 2022.) Accordingly the further (that is, after 2024) prospect of Belarus’s participation in integrated structures in the post-Soviet space will largely depend on whether these potential benefits materialise.

However, the stability of these institutions’ framework doesn’t only depend on the actions of the Belarusian side. Although nationalism plays an increasingly important role in Russian domestic and foreign policy, it is still unlikely that Moscow will cease to use the integration framework as an instrument of its foreign policy. Yet since the beginning of 2014, the Russian side has consistently increased the costs associated with participation in the integrative structures for its partners.

To a not insignificant degree, this policy directly concerns Belarus, which has the closest relations with Russia of all. Demands for political loyalty and solidarity in the international arena cause considerable damage to the Belarusian side. For example, after the Russian Orthodox Church used Belarusian territory to announce the cessation of communion with the Patriarchate of Constantinople, these costs may begin to grow exponentially. At the same time, the level of financial support the Belarusian economy receives from Moscow is also consistently decreasing. All this increases the importance of political factors in the further evolution of bilateral relations.

Political and Other Variables

Ever since the start of the crisis in Ukraine, the main driving force behind the transformation of Russian-Belarusian relations has been the incompatibility of Russia’s aggressive foreign policy with the multi-vector foreign policy of Belarus, as well as the very existence of a sovereign Belarusian state as an actor with strategic autonomy in the international arena. Most notably, this discrepancy manifested itself in the situation concerning the establishment of a Russian military base on Belarusian territory. The refusal of the Belarusian leadership to countenance this forced Moscow to take unilateral actions which undermined the national security of its ally. These actions included the deployment of Russian forces on the border with Belarus, the closure of Belarusian-Russian border crossings to citizens of third countries, aggressive information campaigns, and restrictive measures in trade and economic relations.

Despite the generally positive results of Belarusian-Russian negotiations during three summits between August and October 2018, neither party could reach any agreement when it came to military and political cooperation. This was connected to the fact that Minsk cannot offer any concessions of interest to Moscow, as they would be incompatible with its multi-vector foreign policy.

Russia’s interest in establishing unilateral military and strategic control over Belarus’s territory is a constant issue in bilateral relations. Even in the best case scenario of a transfer of power in Russia, consolidating its “sphere of influence” will remain an unwavering strategic priority for the Kremlin. The one variable in this situation is the ability of Minsk to resist Moscow’s aspirations. And the greatest influence on that variable could be a transfer of power in Belarus.

Parliamentary and presidential elections in Belarus, which are supposed to be held no later than the third quarter of 2020, will be an important stage in the political transformation of the regime in Minsk. Even if the incumbent president Lukashenka is re-elected, the main concern in his next term will be to ensure the stability of the current political system in the “post-Lukashenka era.” Nevertheless, it shouldn’t be ruled out that considerations around a possible transfer of power will play a leading role in the plans and actions of the Belarusian president on the very eve of the election campaign.

For Moscow, the transit of power in Belarus presents an opportunity to achieve favourable changes to Minsk’s policy. That goal could be achieved through a peaceful transit of power (the “Uzbek scenario,” after the death of former president Islam Karimov), temporary destabilisation (the “Kyrgyz scenario”), or simply a weakening of the regime in Belarus due to the contraction of its resource base and collapse of the consensus between the country’s elites under Lukashenka’s rule. Moreover, the Russian side has a well-stocked toolkit should it choose to engineer any of these scenarios.

Maintaining continuity in foreign policy during a transit of power in Belarus will be a complex political and administrative task for the Belarusian leadership. Choosing a successor, delineating an institutional framework, instituting constitutional reform, and forming a new elite consensus and strategic agenda for the new government are just some of the issues which will have to be resolved. Doing so in the face of intensifying pressure from Moscow will demand the greatest possible mobilisation, flexibility, and support from the international community, especially considering the half-heartedness of these reforms and the vulnerability of the Belarusian economy, which in the case of external economic shocks could risk defaulting due to the country’s serious debt crisis.

In this sense, the future development of Belarusian-Russian delations will be determined by the following set of constants and causal variables (NB: in the proposed model, the author counts on the relative stability of international relations in as far as relevant factors for Belarus are concerned, such as the enduring unity of the European Union and NATO, the continuation of the political regime in Ukraine, the ongoing involvement of the United States in Eastern European security, among others. Although the relative stability of those factors cannot be guaranteed, the extent to which variations in them would affect the following scenarios would fall well beyond the scope of this article.)

Based on the above set of variables, we can identify four key scenarios for the further development of bilateral relations.

Two of them can be called “radical,” as they are associated with a rupture in factors given to be constant. Within the framework of these scenarios, Belarus either loses strategic autonomy as a result of pressure from Moscow (up to and including the use of force) or, should Moscow’s pressure prove unsuccessful, the country leaves international organisations which integrate it with other post-Soviet states, and launches a fundamental transformation in Belarusian-Russian relations, thereby redrawing the entire political map of Eastern Europe. These scenarios may also include the partial loss of sovereignty, loss of the monopoly on the use of violence by the regime, and a default on financial obligations, among other developments. At the same time, of course, the threat of domination by Russia is made much more likely.

Two “moderate” scenarios account for Belarus’s ability to preserve its strategic autonomy, with the variability in that factor having an impact on its wider quality of governance. In the “optimistic” scenario, the Belarusian leadership, with the support of the international community, manages to carry out a transfer of power without significant costs. The new government is then able to successfully feature economic reforms and liberalisation in their agenda while maintaining the stability of the regime and keeping a hold on the monopoly on the use of violence. This scenario envisages that Belarus is able to expand its strategic autonomy vis-a-vis relations with Russia while maintaining the institutional framework of that relationship.

In the “pessimistic” scenario, due to the influence of certain factors, the transfer of power ends up being coupled with a marked deterioration in the quality of governance, an inhibition or outright refusal to carry out reforms, a possible default on obligations, social protests, and a loss of the monopoly on the use of violence. Accordingly, this scenario presupposes a reduction in Belarus’s autonomy in its relations with Russia.