Belarus “tightens the screws” before the election 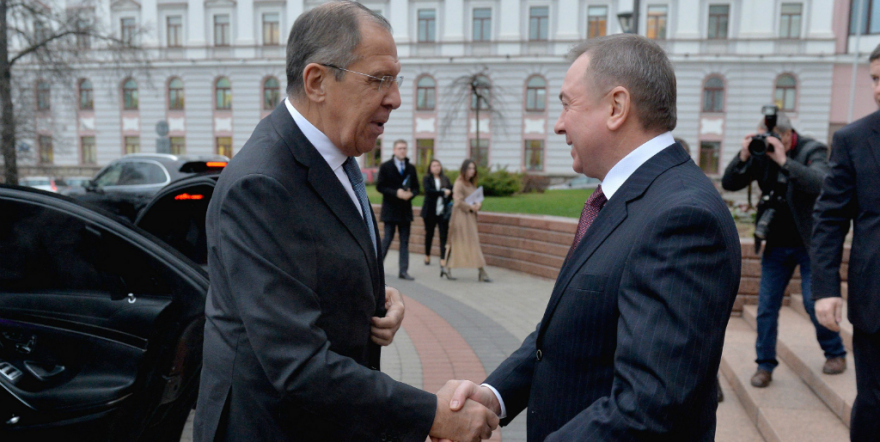 Parliamentary and presidential election campaigns are about to start in Belarus, so the authorities continue to “tighten the screws” in the domestic political field and bank on new appointments to the key positions. At the same time, the government is forced to liberalize its economic policies. One of the reasons for this is failing to agree with Russia on oil and gas issues.

Throughout November, the Belarusian authorities sent clear signals that presidential and parliamentary election campaigns are about to start. Many events on the domestic political field fit into the mobilization logic. Alexander Lukashenko voiced his concern over the upcoming campaigns, calling them “political Bacchanalia”, which will last for a year and a half.

As part of pre-election preparations, Alexander Lukashenko appointed former Minister of Transport Anatoly Sivak as a new mayor of Minsk. One of the first orders for a new appointee was to update the entire management vertical of the capital.

In the meantime, the Belarusian government strengthened its control over the information field and approved regulations on the preliminary identification of Internet users. This document introduces mandatory authentication via a mobile phone (text message) for everyone willing to comment on online media. One account time can be “tied” only to one phone number at a time and vice versa.

Continuing to stimulate employment, the Belarusian authorities launched a database of “parasites”, which includes about 500 thousand people. The database started to operate on December 1, and from January 1, 2019, the “spongers” will have to pay for utilities at the full rate. This measure may increase state income, but it may also lead to negative social and political consequences. The database of unemployed includes the same number of citizens as at the beginning of 2017. Back then, in February-March 2017, the “anti-parasite decree” triggered some serious protests. This situation may repeat, especially against the background of a deteriorating social and economic situation.

Recognizing the mistakes and updating the market agenda

November marked the first 100 days of the new government of Belarus in office. Previously their program for 2018 and 2019 was approved with the main goal of it being economic growth and increasing the standard of living. Both objectives imply liberalization of economic policy since for financial reasons it is impossible to reach them by administrative methods only. Concurrently), Prime Minister Sergei Rumas declared that the goal can be reached by creating the conditions when “every Belarusian can make a decent living”.

Accordingly, equality of all forms of ownership and non-interference in fair competition have become the major policy. Another important “reformist” task for the government until 2020 is to separate the management functions between the owner and the regulator in the organizations with a share of state ownership.

In the meantime, the government explicitly formulated the task of further reducing financial support for public sector enterprises. To this end, the State Financial Management Program will be developed. The result of the taken measures should be an annual reduction of at least 10% of budget expenditures on all types of state support. At the same time, the requirements for applying for the state support will also be significantly restricted. Assistance can be received on an individual basis in exceptional cases and only by the decision of the Head of State.

Reforms of the public sector will focus on launching corporate governance at 3.5 thousand “strategic organizations”.

According to the National Statistics Committee, the country’s GDP for ten months increased by 3.5%, while growth in the first nine months reached 3.7%. Thus, the October growth index was the worst in 2018.

Yet, the Belarusian authorities are forced to recognize the fact that economic growth during the year was not only restorative, but also caused by a favorable external environment. These positive factors cease to operate, and the structural sources of economic growth have not actually been created.

The international situation is deteriorating

The aggravation of the international situation and the deterioration of the economic situation under the influence of the events in Ukraine and the fall in oil prices (by 25%) put the Belarusian authorities in an extremely precarious and vulnerable position, especially to Russia.

The relations between Minsk and Moscow were characterized by serious contradictions. The Kremlin has taken a tough and uncompromising position on the issue of compensation for losses for Belarus caused by the tax maneuver in the Russian oil industry. If the Belarusian side insists on fixing compensation in the form of a discount on Russian oil, Moscow is only ready to agree to an intergovernmental transfer fixed in Russian rubles. According to Russian analysts (Vygon Consulting), over the six years of the tax maneuver implementation, the additional expenses of Belarus, largely due to the increase in the price of Russian oil, will be equivalent to about $8 billion. According to the estimates of the Ministry of Finance of Belarus, in the absence of any compensation within six years, the “global losses” for Belarus will amount to about $10 billion.

Moscow takes an equally uncompromising position on the matter of lowering prices for Russian gas for Belarus after 2019. The Federal Service for Veterinary and Phytosanitary Surveillance (Rosselkhoznadzor) continued to block the agricultural products supply to the Russian market and, meanwhile, complained to the Eurasian Economic Commission about the “false transit” of banned Belarusian beef and dairy products through Russia, as these goods remain on the Russian market.

Against this background, the statements by Belarusian and Russian diplomats on the unity of positions on the international agenda are more likely to be declarative and aimed at creating an appearance of solidarity. Such statements were heard after the joint board of foreign ministries on November 21. Minsk once again declared that it is not seeking either EU membership, nor signing of an association agreement with the EU, nor even a preferential attitude on the part of the European Union.

On the conflict between Ukraine and Russia, it was stated that the position of Belarus is not neutral. The Belarusian authorities were also forced to take an observer position on the “incident” in the Kerch Strait. The Belarusian Foreign Ministry did not comment on the situation at all for a long time, and later only voiced serious concern of the official Minsk. At the same time, in practice, the Belarusian leadership has not revised its security guarantees to neighboring countries, including Ukraine.

Alexander Lukashenko began to intensify criticism of the EAEU, primarily due to the presence of barriers and restrictions in mutual trade, hinting at a possible exit from this integration entity, by analogy with Brexit. This traditional method of the Belarusian diplomacy was aimed at knocking out concessions from Moscow on the eve of the summits of the EAEU and the CIS in St. Petersburg on December 6.