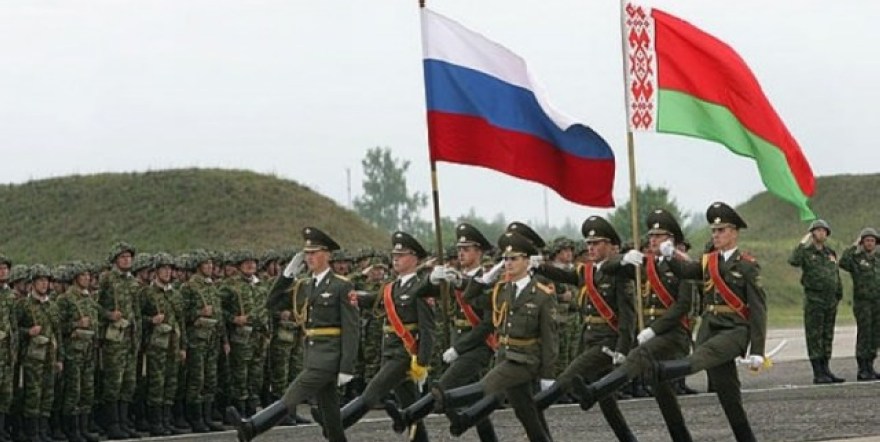 Despite recent concerns from some security analysts that a new Military Doctrine of the Union State of Russia and Belarus will include provisions for the establishment of a Russian military base on Belarusian soil (see EDM, October 30), the document will likely undergo only cosmetic changes. And those amendments will hardly transform the overall architecture of the Belarusian-Russian military alliance. For now, the draft of the proposed updated Doctrine remains classified; few details are available in open sources. But what is almost certain is that Minsk will actively seek to exercise its veto power to block the adoption of any political and military decisions inconsistent with its national interests or that jeopardize Belarusian sovereignty and security guarantees to its neighboring countries (such as forbidding the Kremlin from legally using Belarusian territory to commit aggression). The new Union State joint Military Doctrine will be published after its approval by presidents Alyaksandr Lukashenka and Vladimir Putin, during the next meeting of the Supreme State Council. But the document will first need to be approved by both sides at the upcoming (December 13) session of the Union State’s Council of Ministers (Soyuz.by, October 26).

The existing Union State Military Doctrine was adopted in 2001 and has become seriously outdated. First of all, some of the collective bodies mentioned in the text were never established, while the level of bilateral political-military cooperation has further evolved during the last 17 years. For instance, the functions of the still non-existent Supreme Military Council, which was to be responsible for coordinating joint plans for the development and use of Russia and Belarus’s armed forces and military infrastructure, are carried out by the Supreme State Council, the Union State’s main collective decision-making body. The State Council consists of the presidents, prime ministers, and heads of lower and higher chambers of parliament of both states. All political and military decisions are approved by both countries’ presidents on the basis of consensus.

Second, the 2001 Doctrine does not address a new military component, the so-called United Regional Air-Defense System, which was formed in 2012. Today it includes all air forces and air-defense forces of Belarusian Army as well as the 6th Air Forces and Air Defense Forces Army, located on the territory of Western Military District of the Russian Federation. In the immediate period before the outbreak of hostilities as well as during wartime, the United Regional Air-Defense System becomes a composite part of the Regional Group of Forces, which includes all land and special operations units of the Belarusian Armed Forces as well as the 1st Guards Tank Army of the Russian Western Military District (Mid.ru, November 27, 2017). References to the United Regional Air-Defense System are, thus, likely to appear in the updated Military Doctrine (Postkomsg.com, February 17, 2016).

The 2001 Doctrine also no longer reflects the current political-military environment along the borders of Belarus and Russia and is not fully compatible with the new national-level military doctrines approved by Russia in 2014 (Rossyiskaya Gazeta, December 25, 2014) and Belarus in 2016 (Mil.by, July 20, 2016). However, the two updated national doctrines address these broader regional security shifts in different ways. Minsk is seeking good neighborly and mutually beneficial cooperation with the European Union. Additionally, it is pursuing a partnership with the North Atlantic Treaty Organization (NATO) so as to maintain open dialogue, increase transparency and develop a mutual understanding about regional security issues. In contrast, Moscow antagonistically perceives NATO as one of its main external military threats. Union State Secretary Grigory Rapota stated recently that the new joint Military Doctrine will take into consideration the possibility of the United States creating a permanent military base in Poland, as well as other US and NATO activities in the region (Sputnik.by, November 13).

The Belarusian approach has been to avoid using such tough statements. The political-military leadership in Minsk does not perceive Western activities in the region as a direct military threat. And President Lukashenka has said that the Belarusian Armed Forces are capable of ensuring the country’s security without Moscow’s assistance, thus again implicitly rejecting the establishment of a Russian military base on Belarusian soil (President.gov.by, November 6). It is still unclear whether Belarus has managed to preserve such balanced positions within the draft Union State Military Doctrine.

Finally, other official comments and statements suggest that Belarus’s 2016 Military Doctrine is likely to become a model for the Union State’s new joint one (Ctv.by, June 16, 2016). In practical terms, this means the updated document will probably acquire a more focused structure compared to the text from 2001 and will be supplemented with additional chapters dedicated to the main terms of bilateral military-technical cooperation.

Minsk wields enough checks and balances to block any unilateral Kremlin decision within the Union State framework, which is partially why Belarus has stayed out of Russia’s conflict with Ukraine and confrontation with the West. Based on the still active 1998 Joint Defense Concept of Belarus and Russia (Consultant.ru, January 22, 1998), the two states’ joint military component is activated only by a consensus decision of the Belarusian and Russian leaderships, in wartime or during a period of growing military threat. And the Belarusian leadership is not likely to willingly concede its veto and subordinate its foreign and military policy to Russia — even in the face of Moscow’s coercion (Belsat, Naviny.by, September 12). Belarus’s staunch stance is particularly important at present, considering the increasing geopolitical tensions in Russia’s relations with Ukraine and the West over last month’s Russian-Ukrainian naval clash in the Black Sea (see EDM, November 26, 28, 29).