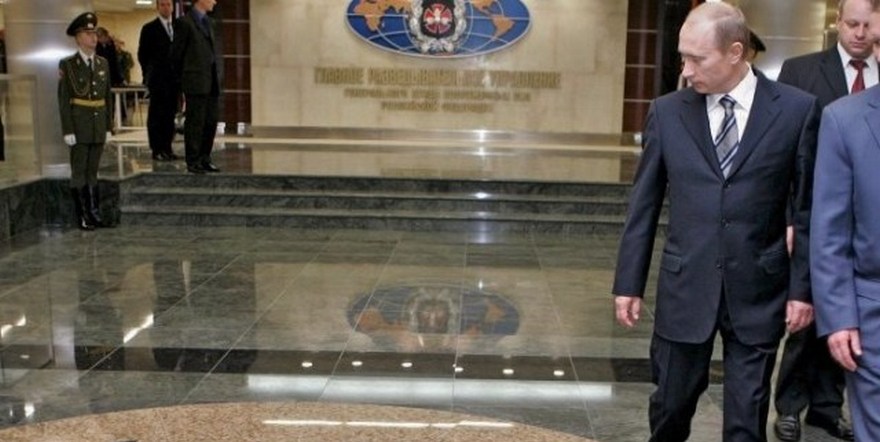 The Kremlin’s concerns about maintaining Belarus within its geopolitical sphere of influence have been mounting as of late. In particular, Moscow feels threatened by Minsk’s efforts to preserve its independence and autonomy in foreign policy, as well as by the latter’s ongoing normalization of relations with the West and strengthening of its strategic partnership with Beijing. These fears are reflected not only in the writings of Russian experts, but increasingly also in strategic assessments published by the Russian intelligence community as well as in official political discourse. While Russian officials advocate for deeper integration between Belarus and Russia within the so-called Union State as a way to prevent such a scenario, the Russian military and intelligence community have continued to repeat their contention that the West wants to separate Belarus from Russia and incorporate it into the Western orbit.

For instance, Lieutenant General Sergei Afanasiev, the deputy chief of Russian military intelligence (Main Directorate of the General Staff of the Russian Armed Forces, commonly known as the GRU), firmly takes this apprehensive view in the 2019 annual forecast “Military-Strategic Realities of the International Situation: Challenges and Threats to Russia’s Security” (Zarubezhnoe Voennoe Obozrenie, No. 1, January 2019, pp. According to Afanasiev, the European Union and the United States’ informational, political, financial and economic pressure has been mounting against Belarus in order to reorient it toward the West and reduce the level of military and military-technical cooperation with the Russian Federation. Last year, he published a similar assessment. However, the intensity of this current Western pressure on Belarus has allegedly risen in comparison with 2018 (Zarubezhnoe Voennoe Obozrenie, No. 1, January 2018, pp.

Of course, this alarmist assertion bumps up against the reality that Western countries have, in fact, already lifted or suspended the majority of sanctions that could be considered tools of pressure against Belarus (Europeansanctions.com, Treasury.gov, accessed February 21, 2019), and Europe and the US have been engaging the Belarusian authorities in dialogue (see EDM, February 24, 2016; July 26, 2017; November 8, 2018). Moreover, Minsk has never expressed any intention or aspiration to join the North Atlantic Treaty Organization (NATO) and the EU—never even signing an Association Agreement with the EU. Rather, Minsk has been the main initiator of a balancing act in response to increasing political, military, economic and information pressure from Russia (see EDM, May 1, 2013; April 30, 2014; December 6, 2017).

In his assessment, Lieutenant General Afanasiev argues that the US and its allies are engaging in a “hybrid war” aimed at undermining the very foundations of the Russian Federation. He emphasizes that the West actively uses modern information resources to influence the mass consciousness of populations in the countries and regions most important to Russia’s sense of security. In almost all republics of the former Soviet Union, he claims, the US and Europe are seeking to transform the ethno-cultural code of these nations in order to create an openly hostile environment all along Russia’s borders (Zarubezhnoe Voennoe Obozrenie, No. 1, January 2019, pp.

Belarus has actually been on the GRU’s radar since at least 2014, a year that marked dramatic shifts in Russian strategic thinking on geopolitical issues. As a result of the EuroMaidan Revolution in Kyiv, Moscow was forced to acknowledge it had exhausted all of its economic cooperation and soft power means for maintaining Ukraine within Russia’s sphere of influence. Instead, the Kremlin projected military force (hard power), annexing Crimea and provoking a conflict in Donbas in order to prevent Ukraine from moving closer toward the Euro-Atlantic community. At the beginning of 2014, Lieutenant General Vyacheslav Kondrashov, another deputy chief of the GRU, wrote that the EU was actively promoting the Eastern Partnership—which Belarus also takes part in, together with Ukraine, Georgia, Moldova, Armenia and Azerbaijan—as an important tool for drawing the former Soviet republics into the West’s sphere of influence and weakening the regional integrationist processes in the post-Soviet space (Zarubezhnoe Voennoe Obozrenie, No. 1, January 2014, pp. Undoubtedly, such analyses contributed to the Kremlin’s subsequent decision to annex Crimea and destabilize Donbas.

Recently, the new Russian ambassador to Belarus, Mikhail Babich, repeated all these aforementioned assessments in an interview dedicated to the 20th anniversary of the Union State project (RT, February 10, 2019). According to Babich, the West’s policy toward Minsk is more than just a pressure campaign—it is a well-planned, organized, systematic and long-term strategy. In his view, the West has invested hundreds of millions of dollars in various non-governmental organizations as well as educational, cultural and humanitarian projects. Western centers are applying the most advanced information technologies, distorting history, and interfering in inter-religious relations. According to the Russian ambassador, the West has already successfully tested these technologies in Georgia and Ukraine. Their main task in Belarus, Babich contended, is to break the age-old ties between the Belarusian and Russian people, sow distrust, build up mutual antagonism, and eventually tear the Belarusian territory from Russia—in humanitarian, ideological and economic terms. Western countries, he claimed, would like to use Belarus as a springboard (bridgehead) for pressure against Russia in the future. It is worth noting that Ambassador Babich—who himself previously served in the Soviet Airborne Forces, the KGB and the Federal Security Service (FSB)—has brought on to the embassy team Alexey Sukhov as his minister-councilor (deputy head of mission). Sukhov is a professional military intelligence officer with the rank of major general (Tut.by, October 2, 2018). This nomination was surely not accidental and could be evidence of the Kremlin’s hardening priorities and tasks in the Belarusian direction.

The Russian leadership clearly (and unsurprisingly—see EDM, May 13, 2015; September 28, 2017) perceives developments around Belarus in traditional zero-sum terms. The GRU’s growing concerns over Western influence, coupled with comparisons between Belarus and pre-war Ukraine, suggest that Kremlin strategists may already be developing contingency plans for Belarus. However, a sharp Russian reaction may end up being triggered not by “Western influence,” but rather by Belarus’s growing aspirations to defend its sovereignty in response to pressure coming from Russia, especially in the context of Moscow’s so-called “integration ultimatum” (see EDM, October 1, 2018; December 12, 2018; January 14, 15, 2019). For now, the Kremlin has at least found a scapegoat—the West—blaming it for Russia’s own foreign policy failures toward Belarus.