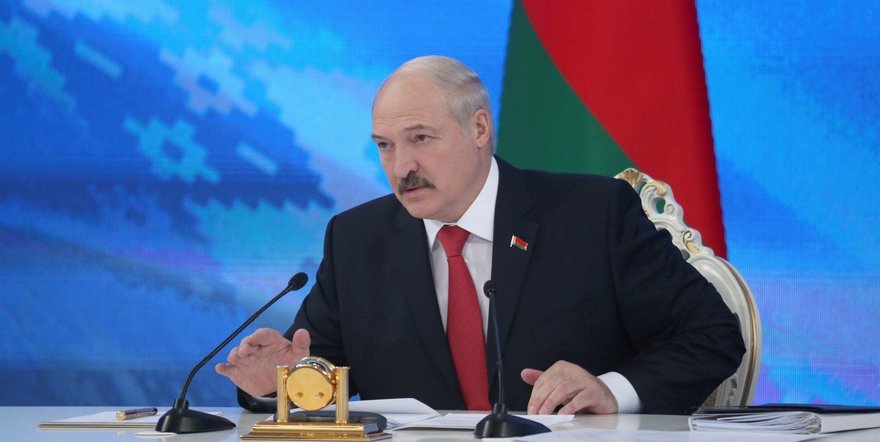 Belarus’s ongoing drive to cautiously normalize relations with the West has raised concerns from Russian military intelligence, commonly known as the GRU, that Moscow is losing its influence over Minsk (see EDM, February 22). In response, some Russian think tanks have taken the initiative and developed several options for how Russia could prevent such a scenario. The options range from continued integration under Russian coercion, to the deployment of Russian military bases, to regime change and even a Crimea-like intervention. These suggestions indicate dramatic shifts in Russia’s strategic thinking toward Belarus.

In its “Global Forecast for (Russiancouncil.ru, December 30, 2018), the Russian International Affairs Council (RIAC)—one of Russia’s leading diplomatic think tanks—reflects the GRU’s strategic assessments on Belarus. According to the report, Belarus is threatened by increasing Western influence aiming to softly transform and separate the country from Russia. In case of a serious deterioration of the regional political-military situation, especially if the United States permanently deploys military contingents in eastern Poland, the Kremlin will promote the need for greater integration of the armed forces of Belarus and Russia as well as placing additional weapons systems on Belarusian territory. Additionally, Moscow will most likely urge Minsk to permit the establishment of a Russian military base in Belarus. The Kremlin unsuccessfully sought to establish an air base in Belarus in 2015 (see EDM, October 7, 2015; May 3, 2016; January 23, 2018). Overall, this scenario will narrow Belarus’s room to maneuver, limiting the government’s ability to promote the country internationally as a host to various peacemaking and conflict resolution processes (such as the Russia-Ukraine Minsk process). The RIAC also asserts that the modernization of the Russia-Belarus Union State is an issue of great importance, especially given the economic interdependence between the two countries, Belarus’s reliance on the Russian market, and the objective need to pursue integration not only bilaterally but also in the Eurasian format.

Another Russian think tank and consulting agency, Eurasian Strategies, believes that the Eurasian Economic Union will face challenging times due to Belarusian intransigence (Eurasian Strategies, January 8). Eurasian Strategies was recently established at the Moscow State Institute of International Relations (MGIMO), the leading staff incubator for the Russian Ministry of Foreign Affairs. According to the think tank’s “International Threats of 2019,” the more Minsk realizes how significantly dependent on Russia it has become, the more it will try to reduce Moscow’s influence. Although Belarus will not withdraw from integration processes with Russia, it will continue distancing itself in cultural and political terms, instead expanding ties with the European Union, the United States and China.

In turn, the Institute of World Economy and International Relations (IMEMO), of the Russian Academy of Sciences, predicts that Russia will continue providing economic assistance to Belarus conditional on deeper integration within the Union State. Last month, President Vladimir Putin indicated this intention in his annual address to the Federal Assembly, advocating closer cooperation in foreign policy and the economy (Kremlin.ru, February 20). However, IMEMO’s analysts believe that Belarusian President Alyaksandr Lukashenka will seek to slow down integration processes with Russia. He will apply a balancing strategy in foreign policy to neutralize Russia’s influence and further develop relations with other world powers, beginning with the US, EU and China (Imemo.ru, January 25).

Acknowledging that President Lukashenka will not accept the Kremlin’s “integration ultimatum” (see EDM, October 1, 2018; December 12, 2018; January 14, 15, 2019), some Russian security analysts have already proposed a contingency plan that details how to tackle both Minsk’s reluctance toward deeper integration and increasing Western influence. In mid-2018, the Center for Military-Political Studies at MGIMO University, co-founded by the Russian air-defense maker Almaz-Antey, published its report “The World in the 21st Century: a Forecast for the Development of the International Situation by Countries and Regions.” In order to prevent a Belarusian withdrawal from Russia’s sphere of influence, the report openly advocates for either regime change, replacing Lukashenka with a more pro-Russian politician, or even a Crimea-like annexation scenario by 2025 (Eurasian defence.ru, Ukros.ru, June 1, 2018).

Some evidence exists that the Kremlin has already prepared a possible military intervention plan. In 2016, Moscow started transferring troops to the Belarusian border (RBC, June 2, 2016), establishing the 144th Motorized Rifle Division (headquartered in Yelnya, Smolensk region). This division is subordinated to the 20th Combined Army, redeployed mainly near the border with Ukraine to support fighting in Donbas. However, one of its regiments is stationed in Klintsy, Bryansk region, 40 kilometers from the Belarusian border, and a second one is located in Yelnya, Smolensk region, 90 km from the border; in front of two main Belarusian railway hubs—Orsha and Gomel. These motorized units could well be used in a potential crisis intervention, under the guise of a “joint anti-terrorist operation.” Judging by the scenarios of the 2015 military drills Interaction (Odkb-csto.org, August 20, 25, 2015) and Slavic Brotherhood (see EDM, September 9, 2015), developed by the General Staff of the Russian Armed Forces, the Kremlin may be considering the option of deploying troops to Belarus in response to local Maidan-like unrest to stabilize the situation and restore constitutional order. Yet, despite the above-cited warnings of Russian think tanks and intelligence services, in the current geopolitical environment it is actually the West that is more interested than Russia in preserving the status quo in Belarus, even at the cost of forestalling democratic transformations. For the West, of main importance is that Minsk commits to, at least, a neutral position and does not pose a security threat to Western countries, thus containing Russia’s aggressive modus operandi.

No evidence suggests Lukashenka will voluntarily give up Belarus’s independence and sovereignty; hence growing pressure from the Kremlin will likely push Minsk to further diversify its foreign policy and economic ties with the West and China. But this swinging pendulum of Belarusian foreign policy threatens to feed the Kremlin’s phobias, provoking new tensions that could lead to coercive scenarios.

Judging by current expert debates and intelligence assessments, Moscow is considering several options for Belarus. The first option is increasing full-spectrum pressure in order to gain strategic concessions that undermine Belarusian independence and push deeper economic, political and military integration with Russia. If unsuccessful, the second option is regime change via forced power transition or a coup, à la Montenegro. The third option is a military intervention similar to Crimea or Donbas, although, under current conditions, this is the least probable scenario. Nonetheless, it could remain relevant if the Kremlin believes it is irreversibly losing Belarus.