Belarus: Preparation for elections and “freezing” of integration with Russia 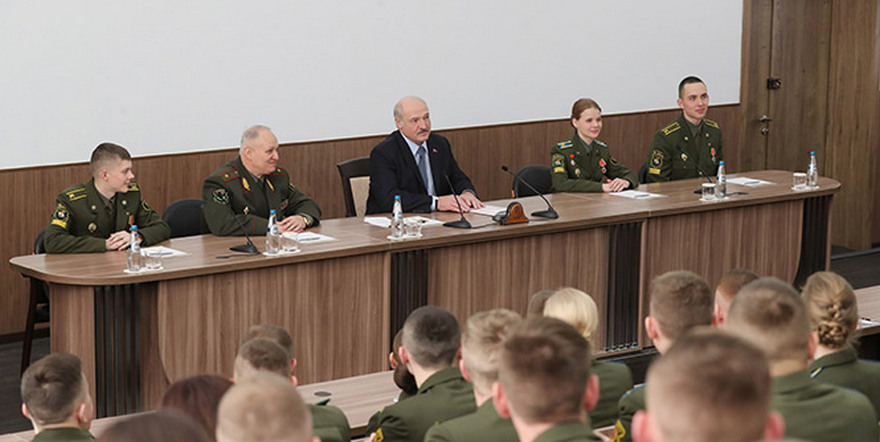 In February 2019, Belarusian leadership paid increased attention to the issues of information security. This is a strong signal of the key upcoming election campaigns in the country. The decisions made during this period are both opportunistic and strategic.

The January 31 meeting on “new approaches to improve national security” was followed by a decision to establish Belarusian Institute for Strategic Studies (BISS). It was established on the base of the Information and Analytical Centre under the Presidential Administration of Belarus which previously worked as the sociological service of the Presidential Administration. BISS will report directly to the President of Belarus and act as a sociological service and a service to monitor information (including social media). It will also have to do strategic analysis, i.e. evaluate the concepts, programs and strategies of development in various sectors drafted by different government authorities.

Oleg Makarov, Doctor of Law, formerly with the State Security Council and Deputy Chief of the National Security Institute (the key “talent hunter” of the KGB), chairs the BISS. Alexei Derbin, former KGB employee, headed the Information and Analytical Centre earlier. Therefore, the changes confirm the important role of the KGB in the Belarusian national security system. This role was accentuated by the tripof the State Security Committee Chairman Valery Vakulchik to the Munich Security Conference (MSC). BISS is likely to debut with the new National Security Concept of Belarus. The concept text will be discussedwith President Alexander Lukashenko in March.

Meanwhile, the authorities have launched preparations for the elections both organizationally, and in terms of the content. Lukashenko’s speech at the Military Academy on February 22 was the first run-in of the president’s election program. As far as President Lukashenko’s statement suggests, the main message of this program is that the state guarantees sovereignty and independence of Belarus as well as peace and safety to its citizens. In return it requires political loyalty and carrying out civic duties, such as army service, payment of taxes and more. In his other major “pre-election” event, The Great Conversation with the President held on March 1, Lukashenko added an economic component to this formula. He sees the creation of conditions allowing people to “work and earn”, i.e. to freely engage in entrepreneurship as the state’s duty to its citizens (as long as the individual complies with Belarusian laws under the supervision of the law enforcers).

According to the statements of Belarusian Central Election Commission, one of the elections, either parliamentary or presidential, is likely to be held on December 1, 2019.

Looking for growth boosters with no structural reform

In line with the election program announced by Lukashenko, in February the authorities continued their search for ways to stimulate economic activity in Belarus without painfully reforming state enterprises. Belarusian leader made his first public statement about why he cannot take this step. In his opinion, mass privatization and closure of inefficient state-owned enterprises can lead to mass protests and civil unrest, which the authorities cannot allow to happen.

Therefore, the government continued its criticism of inefficient state managers and announced plans to completely cease directed lending for state-owned enterprises in 2020. Yet, the main focus of its efforts was to look for steps that would spur economic growth without excessively harsh measures against the public sector.

Meanwhile, the January economic statistics published in February showed further slowdown of Belarusian economy. Economic growth amounted to 0.7%, while foreign trade shrank by 4.3% (although it remained in surplus). Average wages immediately shrank by 12%. This, however, is a result of traditional seasonal fluctuations. Problematic access to lending in the Chinese market (Belarus’ sovereign rating is too low to be allowed to issue sovereign bonds) forced Minsk to request a $600 million loan from Russian leadership to refinance its liabilities to Moscow.

Ice Age in relations with Russia

Lengthy negotiations between Lukashenko and Putin held in February fixed a new status quo in the bilateral relations. Their contours became apparent after numerous unsuccessful meetings of two leaders in August-December 2018. In Sochi, the parties failed to find a compromise on the key issues. As a result, Belarus will not get any compensation for the losses caused by Russia’s oil tax move. At the same time, Belarus will not make political concessions to Moscow (“deeper integration”).

Other aspects of bilateral cooperation remain uncertain as well. After Russia has repeatedly pointed to the schemes for re-export of sanctioned products from the EU allowed by Belarus, the authorities of Belarus launched an investigation against Beltamozhservice, one of the major players in the “sanction file” founded by the State Customs Committee of Belarus. However, this and other investigations by Belarusian law enforcers seem to have had little effect on the position of Russian authorities so far. Restrictions of Belarusian goods imported to the Russian market remain in place, and when cancelation of these restrictions happens, it is nominal (stricter laboratory control still applies).

No solution has been found on the border issue. Russia signed the agreement that allows into its territory the citizens of third countries entering Belarus visa-free for the 2nd European Games. A more long-term solution was not reached, however.

In the context of difficult relations with Russia, Minsk is conducting intense negotiations to sign an agreement on liberalization of the visa regime with the European Union and on its priorities for partnership with the EU within the framework of the Eastern Partnership program. The latter is blocked by Lithuania’s position on the Belarusian Nuclear Power Plant, while the visa liberalization talks are blocked as a result of Russia’s position on readmission (it is linked to the agreement on the liberalization of visa regime). Still, the EU, European and international financial institutions continue to increase funding for Belarus, which is an additional motivation for a more solid position of the Belarusian authorities in negotiations with the Russian partners.