The concept of Belarus information security and its long-term consequences 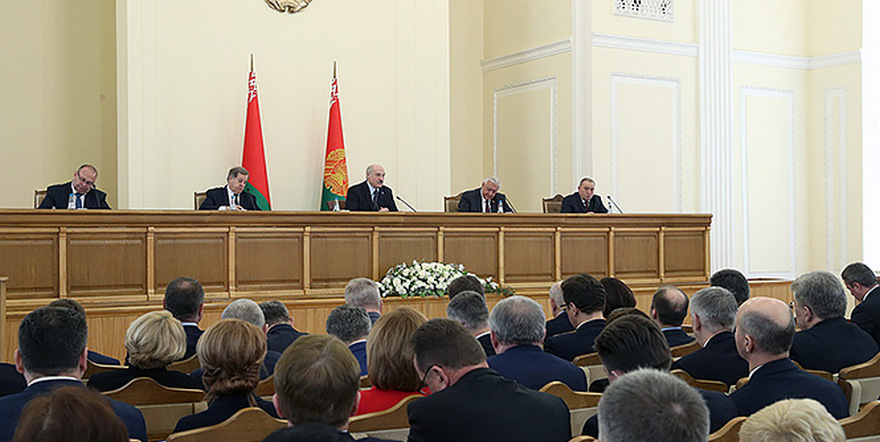 An unconventional document in many respects

The new Information Security Concept of Belarus (hereinafter, ISC) is an unconventional document in many respects. It was adopted on March 18, 2019 via a resolution of the Belarus Security Council, a document whose legal status leaves many Belarusian lawyers guessing. According to experts (the author would like to thank Yegor Lebedko and Oleg Fedotov for the discussion on the topic), the few freely accessible acts by this authority focused on approving the texts of strategies and doctrines that were further submitted to the President for consideration. One document was special: it recorded the decision of the Belarus authorities to launch the construction of a nuclear power plant in Astravyets. It is because of this project that Lithuania is currently blocking the signing of agreements between Belarus and the EU.

The second interesting aspect of the ISC is the leak of the draft file several days before it was signed. On March 12, photographs of the draft ISC pages popped up in Telegram. The text on the photographs actually proved almost identical to the ISC clauses. Such a leak is surprising in the context of full mobilization of the state apparatus. The most likely scenario was that the Belarus government allowed the leak in order to test the response of society and the international community to a document of this sort. The adoption of it, barely amended, several days later might mean that the government interprets the response of society as normal.

What does the ISC say?

The Security Council was actively drafting the ISC text since late 2017. It included the analysis of some complex developments, such as the protests in February-March 2017 and Zapad 2017 drills on Belarus’ territory, both accompanied by intense tensions in the information field. The main markers of the ISC became known in November 2018 when Minsk hosted an international security conference. Vladimir Archakov, Deputy State Secretary of the Security Council and formerly with the KGB, spoke at the conference. He offered the idea of “information sovereignty” in his report.

Information sovereignty of Belarus should be ensured based on the principle of information neutrality, which is interpreted as peaceful foreign information policy, respect for generally recognized and accepted rights of any state in this sphere, exclusion of interference with the information fields of other states to discredit or undermine their political, economic, social and religious standards and priorities, and exclusion of causing damage to information infrastructure of other countries; non-participation in their information clashes. In other words, Belarus declares its neutrality in information conflicts of other states and blocs as it seeks to ensure its information sovereignty. This means that Minsk walks away from the Moscow-imposed obligation to support the “anti-Western” rhetoric of Russian state media and of the Kremlin itself. In addition, this position rules out the use of Belarus territory or infrastructure to harm third countries.

At the same time, the formulation of the direct goal of the ISC does not use these categories, defining it as accomplishment and support of the level of protection of the information field that ensures Belarus’ national interests. However, the ISC does not specify these interests. It only mentions that “monitoring, analysis and evaluation of the state of information security are conducted, and indicators of its state assessment are applied” on the state level. It is difficult to further specify these indicators because information about them is classified.

The lack of formulation of the national interests in the conceptual document is thus the weak point of the ISC. The Concept of Belarus National Security, however, formulates these interests quite comprehensively. They include the following points:

For the first time, the ISC outlines challenges and threats of information-psychological and technical nature, as well as countermeasures against them. The tasks under the information-psychology component of information security include the establishment, application and development of the information space to exclusively serve the interests of positive development of Belarus, and the preservation of traditional social norms and values, including the Belarusian language, in society; information supply and coverage of government policy, including improving the quality of public media; and preventing the distribution of banned and inaccurate information that damages national interests.

What’s the purpose of all this?

The ISC is thus a fairly unconventional document, primarily political and ideological, often with abstract and raw formulations that poorly correlate with the clearer and more specific provisions of the laws and norms regulating national security.

Notably, the government intends to create an action plan to implement the ISC. This decision is somewhat surprising because conceptual documents normally require the adoption of more specific documents, including strategies, doctrines and programs outlining specific tasks and goals, and the procedures for accomplishing them. Neglecting this stage may signal that the ISC describes the work which the government is already doing in the information field, rather than outlining the vectors of work in the future.

From the political perspective, the purpose of adopting the ISC is to declare the right of the state to the play the primary role in its information space and to implement the respective measures to ensure that primary role (to respond to the “distributors of fakes with their weapons”, as A. Lukashenko has put it).

Therefore, any assessment of the ISC and its impact should take into account the complex of measures implemented by those in power, not just the clauses of the document. The analysis of statements and actions on the state level in  shows that Belarus is implementing at least the following measures:

These and other measures are implemented in the context of the growing hostility from Russia, the deteriorating economic situation for the majority of the population, and the nearing presidential and parliamentary elections expected to take place in August-September 2020 at the very latest. However, many of these measures — for example, on media measurements, TV advertising and TV content — will only deliver palpable results in several years. Others, such as the creation of the potential to monitor the information field and conduct information operations, will be enacted in  but will remain part of the Belarusian institutional landscape for years to come.

Despite the obvious flaws of the ISC and its instruments from the perspective of creating legitimate grounds for the measures the government is already implementing, we are witnessing a strategic approach of the Belarusian authorities to the transformation of the information field. If these and other measures are successful, Belarus will become more independent and resilient against external information pressure. This will help it strengthen its stability and independence, from the Russian Federation first and foremost.

This evolution will hardly be accompanied by a similarly dynamic democratization of the political regime in Belarus. Quite on the contrary, it can make it harsher at some moment as external pressure intensifies and the economy deteriorates. In the mid to long-term prospect, however, the establishment of a hard framework for the domestic national consensus will create preconditions for political liberalization. This does not mean that these preconditions will be used for that purpose.