Belarus: In the grip of the negative and seeking the positive 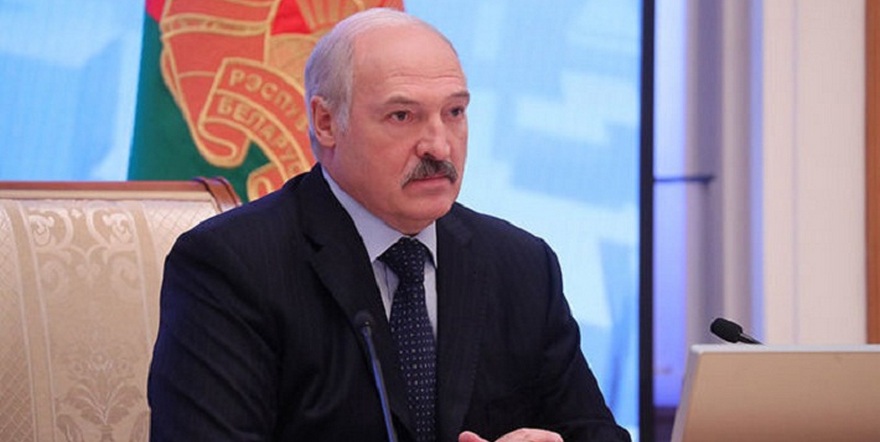 March saw a shift of accents in the work of the government and media in Belarus. Excessive attention to tensions in Belarus-Russia relations in January-February was replaced by an emphasis on domestic and economic policies. However, these accents turned out to be mostly negatively colored as well.

Government shake-up and contours of the election strategy

One of the major developments was the adoption of Belarus’ new concept of information security, a regulatory act with a questionable legal status even if passed with a resolution of the Security Council of Belarus. In practical terms, the Concept is all about declaring the right and the willingness of Belarus to format the information field in accordance with its own understanding of national interests without looking back at international commitments, including its commitments to the allies (i.e. to Russia).

In addition to the government justifying the legitimacy of any of its actions, testing a scheme to segment the target audience was an important step in the information field in March 2019. The government’s messages for different audiences are now broadcasted through different channels with different accents. For example, the “anti-Russian” statements of the Belarusian leadership were covered mainly on the Internet, while TV channels continued their attempts to create a positive impression about bilateral relations.

Apparently, the adoption of Belarus’ new concept of information security was the last regulatory innovation the authorities intended to implement before the presidential and parliamentary election campaigns to be held in  Since late March, the country’s leadership has been focused on personnel issues and situation in the regions. Alexander Lukashenko visited Baranovichi in Brest Oblast and Shklov district in Mogilev Oblast at the border with Russia. The second trip resulted in the resignationof Deputy Prime Minister Mikhail Rusyi (he supervised agriculture in the government and was transferredto Assistant to the President in Mogilev Oblast), resignation of Gennadiy Lavrenkov, Assistant to the President in Mogilev Oblast (he was appointed Head of the Shklov district administration), resignation of Mogilev Oblast Governor Vladimir Domanevsky and a number of other officials. The lagging of the region in economic development and “poor local management” were the formal reason for resignation. At the same time, this is about moving a number of old political figures from the republican to regional level (and from regional to local level), which allows to reduce political risks prior to elections on the highest level and to strengthen work in Mogilev Oblast.

These shifts of staff are a sign of the special attention the government pays to the eastern regions which are strongly influenced by Russia and are the least well-off economically. Important changes took place in March in other eastern regions, including Gomel and Vitebsk oblasts: Mikhail Grib from Minsk was appointed chief of the main law enforcement department of the Vitebsk Oblast Executive Committee. Alexander Kamko, a respected CEO of the industrial giant OAO Gomselmash, was replaced by Alexander Novikov, a technical figure. Meanwhile, Ivan Kubrakov known for his prompt actions on putting down the protests in February-March of 2017 in Minsk as Deputy Chief of the Main Directorate of Internal Affairs (GUVD), was appointed chief of the Minsk Police. However, Alexander Lukashenko did not rate the work of militsiya (police) high (barely 8 out of 10).

The economics statistics published in March shows that the February trends persist. These include low economic growth (less than 1%), average wage decrease and further active growth of revenues, including though the growing debt of Belarusians to banks.

An average wage in Belarus decreased for the second month in a row in February, if by 4 rubles only — to BYN 977.6 (US $456). At the same time, labor productivity in Belarus increased minimally in January (by 0.9%). This means that the government returns to the policy of wage growth lagging behind the growth of productivity as a guarantee of sustainability for the real sector enterprises.

Despite the decrease in wages, total monetary income of the population amounted to BYN 6120 billion (US $2.86 billion) in January 2019, delivering a nominal increase by 13.5% or by 7.5% adjusted to inflation compared to January 2018. Continued expanded lending to citizens by banks contributes to maintaining the income level. Household debts hit another record in March at BYN 11,827.1bn (about US $5.520bn). This is BYN 98.5mn more than a month earlier.

Meanwhile, the real sector of the Belarusian economy is in a sensitive condition. According to the National Bank data published in March, the net profit of banks in 2018 amounted to BYN 5.2bn, a 38.9% decrease from 2017.

These statistics indicate that the Belarusian leadership has a small reserve of resilience for the upcoming election campaigns in  The authorities cannot ensure any dynamic growth of the economy and household income without delivering structural reforms in the real sector.

Looking for the positive elements

In the last week of March 2019, Austrian Chancellor Sebastian Kurz visited Belarus. The visit itself and the coverage of it were traditional for such events: the Austrian delegation attended WWII memorable places, held talks with Alexander Lukashenko and Minister of Foreign Affairs Vladimir Makei. The narratives of both sides were mutually complementary although the Austrian side later stated that the “unpleasant” issues for Minsk such as freedom of speech and human rights in Belarus came up during the discussion.

Notably, the visit of the distinguished guest was the highlight of the summary broadcasts in the last week of March at Belarusian TV channels despite Lukashenko’s trip to Mogilev Oblast that week, which led to numerous dismissals. Obviously, such shift of emphasis was determined by the desire to present a positive picture of what has happened in Belarus and around it to the Belarusian audience. This turns the Belarusian Ministry of Foreign Affairs into a considerable provider of news triggers, enhancing its role in domestic policy despite the lack of progress in the Belarus-EU negotiations on key issues on the agenda (agreements on facilitation of the visa regime and partnership priorities).

The other vector of Belarusian foreign policy did not deliver more positive news. March saw harsh rhetoricbetween the Belarusian Ministry of Foreign Affairs and Russia’s Ambassador Mikhail Babich. In addition to that, the Russian side did not take a step back but, quite on the contrary, launched direct defiant interaction with politicized figures in the Belarusian civil society who were not part of the pro-Russian pool earlier. Mikhail Babich met with Tatyana Korotkevich (candidate for presidency in 2015) and Andrey Dmitriev, both leaders of the Tell the Truth NGO, and economist Jaroslav Romanchuk. All attendees at the meeting spoke out positively both on the Russian diplomat and Russia’s position. In the meantime, Rosselkhoznadzor (Russia’s Agriculture Supervisory Body) continued publishing materials on illegal sales of “sanctioned” products through the territory of Belarus. Babich reportedly made this one of his priorities.