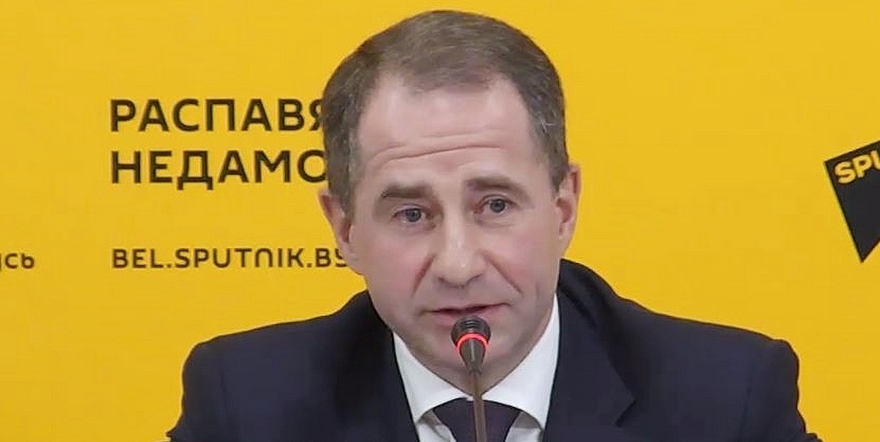 Belarus adopted a new Information Security Concept (ISC) on March 18, 2019, based on a resolution from the Belarus Security Council (President.gov.by, March 18). Its adoption clearly demonstrates not only Minsk’s intentions to establish control over information flows in the country but also concerns of Belarusian authorities over the growing information pressure coming from Russia.

A cornerstone of the ISC is the “sovereignty through neutrality” formula. The ISC qualifies “information sovereignty” as “the indispensable and exclusive right of the state to independently shape the rules of ownership, use and administration of national information resources; to conduct independent foreign and domestic information policy; to shape the national information infrastructure; [and] to ensure information security” (President.gov.by, March 18). According to Belarusian analyst Yuri Tsarik, of the Minsk-based Center for Strategic and Foreign Policy Studies, this provision in the ISC completely overshadows other considerations, such as citizens’ rights or the country’s international commitments, including commitments within integrationist formats — i.e., toward Russia (Csfps.by, April 2, 2019).

In turn, Tsarik writes, the notion of “information neutrality” is characterized in the ISC as “a peaceful foreign information policy [that shows] respect for generally recognized and accepted rights of any state in this sphere.” In addition, the Belarusian analyst points out, information neutrality disallows “interference with the information fields of other states to discredit or undermine their political, economic, social and religious standards and priorities, and [forbids] causing damage to information infrastructure of other countries.” Furthermore, the concept implies non-participation in inter-state information clashes/wars as crucial for Belarus to preserve its information sovereignty. “This means that Minsk walks away from the Moscow-imposed obligation to support the ‘anti-Western’ rhetoric of Russian state media and of the Kremlin itself,” Tsarik points out. Neutrality also “rules out the use of Belarusian territory or infrastructure to harm third countries.” That said, he argues, the Information Security Concept is full of abstract and not clearly defined policy articulations. As a result, the Belarusian government is working on creating an implementation action plan (Csfps.by, April 2, 2019).

The adoption of the ISC was a clear response to the growing number of information attacks launched by Moscow against Belarus and its leader, President Alyaksandr Lukashenka. A recent study by the East Center’s Research Director Andrei Yeliseyeu, concludes that Russian anti-Belarus disinformation and propaganda has worsened in both quantitative and qualitative terms over the last two years. The report reveals a fully-fledged coordinated network of regional online portals that regularly publish disinformation, propaganda narratives and hate speech related to Belarus. Yeliseyeu points out that these outlets use aggressive, chauvinistic rhetoric, sometimes openly questioning the existence of an independent Belarusian ethnic group and language. These propaganda portals also strive to discredit and distort Belarusian history. Since late 2016, the number of online resources has increased several fold to around 40 active websites (East-center.org, April 17, 2019).

According to another report entitled “Coercion to ‘Integration’: Russia’s Creeping Assault on the Sovereignty of Belarus,” published by the newly established International Strategic Action Network for Security (iSANS), based on Warsaw, Russian information pressure aims to divide Belarusian society, an operational model that was successfully tested in eastern Ukraine (Reform.by, April 24). The authors of the report (who prefer to remain anonymous) emphasize that this pressure is driven by a number of the Kremlin’s important and interlinked objectives: a need to find a legitimate way to keep Russian President Vladimir Putin in power after 2024, continued expansionism in the context of Russia’s standoff with the West, and mobilization of fading public support inside Russia to restore “Greater Russia” (Reform.by, April 16).

In many cases, information and propaganda activities are coordinated by the Kremlin itself, although they are financed from different public sources—Russia-Belarus Union State funds and programs, the Federal Agency for the Commonwealth of Independent States, Compatriots Living Abroad and International Humanitarian Cooperation (Rossotrudnichestvo), the Gorchakov Fund, the Russian World Foundation, and the Compatriots Support Fund. Additionally, financing comes from private Kremlin-linked entities such as the “patriotic oligarchs” Yury Kovalchuk, Alexander Mamut, Konstantin Malofeev and Yevgeny Prigozhin (Reform.by, April 24).

In addition to the research presented by East Center and iSANS, other alarming developments suggest Russia is deploying complex infrastructure and shaping the environment for conducting large-scale information-influence operations against Belarus:

Indeed, iSANS experts believe this information offensive has already reached the level of a “hybrid war” in recent months and aims at the so-called “deep integration” of Belarus with Russia. In fact, the Kremlin seems to be coercing Belarus to entirely give up its independence and sovereignty. According to the iSANS study, Russia is most likely to rely on information war, rather than a military invasion, to try to incorporate Belarus (Reform.by, April 16). However, judging by Ukraine’s experience, an information war is usually simply the first phase of a wider “hybrid” (New Generation) war, preceding later covert political and military intervention. Indeed, the prepositioning of several key Russian military units near the Belarusian border suggests the Kremlin may already be making such preparations (see EDM, March 4).