Belarus: not choosing between “West” and “East” 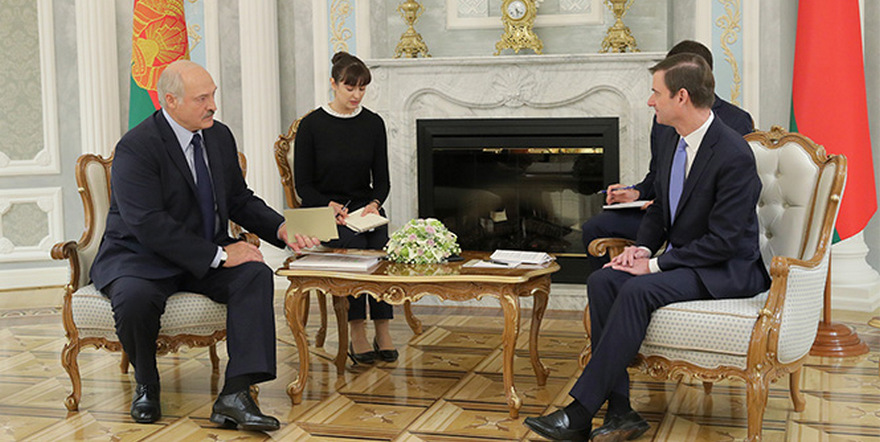 Last month saw the launch of campaigns for MPs in both chambers of Belarusian parliament, and the country’s continued active interaction with its partners in the international arena.

In terms of the country’s domestic policy, the authorities have entered the stage of electoral campaigns. Their collective “program” has two crucial features. On one hand, from a political point of view Alexander Lukashenko ruled out the transit scenario and political reform in the nearest foreseeable future. The second signal Alexander Lukashenko made were his words regarding unacceptable pressure on voters. He says, instead of forcing voters, one simply needs to “ask” people to support this or that candidate. In other words, local authorities are “let off the leash” to promote local government-favored candidates, while not asking for central support in case there is a crisis.

An important feature of the electoral campaign is the refusal to use issuing measures for economic stimulation of electoral loyalty. In fact, in September Alexander Lukashenko criticized the management of state enterprises and publicly stated that a change is coming in state support to these enterprises. Such requirements to reduce this support had been expressed by the government earlier and have been included into the presidential program.

Against the backdrop of elections, the authorities are still attempting to hold on to the policy of deliberately silencing the course of talks on “further integration” in order not to “agitate the public” before November 2019 elections. However, this policy brought them to a deadlock, as with Minsk being silent, Moscow took over the media space completely. September saw a number of fake information leaks provoking suspicions of possible “treachery” among the authorities. As of now, the officials are not capable of retaliating against such provocations.

In the light of this situation, Belarus is experiencing more nationalistic and patriotic sentiments. One of surprisingly hot issues was the issue of possible reburial in Belarus of a historical leader Kastus Kalinovsky, whose remains are now in Vilnius. A group of prominent social activists, including a Nobel prize winner Svetlana Aleksievich, came up with a petition to the Lithuanian authorities in order to grant the permission for the reburial procedure.

Media space analysis reveals that Russian sources are actively promoting the issue of protests by “nationalists” in Belarus being “supported by the West”, while, according to some of them, such actions may be arranged by the authorities themselves and going out of control later on. In fact, such protests may take place due to the misguided information policy under the conditions of pressure from Moscow.

Will the economy stand against populism?

One of the main recent economic issues is whether Belarusian economy will be able to “stand” against however modest yet populist decisions taken by the authorities during the campaign period. According to the National Bank, approximately 40% of the country’s enterprises have either a low working capital or do not have it at all.

Yet the economic growth slowed down. According to the authorities, Belarus GDP grew by 1,1% in 8 months of 2019 and made up 83,9 bn roubles ($40 bn) against 1,3% as a result of the first 7 months of the year, with industrial production increasing by 1,4% in August.

Against this background the authorities have to support many inefficient enterprises in order to avoid negative social and political consequences. However, there is another way to look at it — namely, a “quiet” asset consolidation and their reallocation.

Earlier Belarusian Deputy Industry Minister Sergei Gunko announced at the Belarusian Industrial and Investment Forum that there is a “big wish” for state enterprises to “lose” social objects that remain part of their balance, as well as agricultural enterprises. Before that the first deputy chairman of the State Property Committee Aleksei Vasilyev stated that the committee made a decision to turn several enterprises and some banks into state corporations. Specific steps have not been declared yet, however, the State Property Committee aims to use the same method to multiple enterprises of Ministry of Industry provided the project is successful. In other words, there are provisions made for dramatic reallocation of assets and powers (state corporations, most probably, will become joint stock companies).

US returns to Belarus

As for the country’s foreign policy, September saw further top level contacts with the United States of America. After John Bolton, US National Security Adviser to President, visited Minsk, US Under Secretary of State for Political Affairs David Hale arrived in the capital as well and met with President Alexander Lukashenko and Vladimir Makei, head of MFA. The American guest announced that the USA and Belarus are prepared to exchange ambassadors (for the first time in 11 years). This was welcoming news to the European commission that expressed its hope for US and EU joint work in Belarus.

According to David Hale, “we (USA) are closing this chapter” in its relations with Belarus and start a new one due to the steps taken by Alexander Lukashenko and Belarus in general both in its domestic and foreign policies. The American diplomat underlined that the USA still do not push Belarus to choose between “West” and “East” and support Minsk multi-vectoral policy as it makes an impact in terms of strengthening international stability and security in the region of Eastern and Central Europe. Alexander Lukashenko yet again emphasized that Belarus will not deploy Russian long-range and medium-range missiles and will not let Russia in any other way use the territory of Belarus to undermine regional security. Lukashenko called on the US to take part in resolving the conflict in Ukraine (this vector is being actively promoted by Ukraine’s president Volodymyr Zelensky), and later, in the course of talking to Ukrainian journalists, yet again suggested to involve Belarusian peacemakers placing them at the border between Russia and Ukraine in southeastern regions of the country. David Hale also highlighted the need for corresponding actions of Belarusian authorities that would allow to report progress on the issue at the center of attention when the Belarus Democracy Act was adopted. This significantly increases the importance of  the way these elections will take place in many ways will determine further progress in the country’s relations with the US and other countries.

As for the country’s relations with the EU, the main development was the new head of EU delegation to Belarus Dirk Schuebel, who earlier served as the head of the European External Action Service (EEAS) Russia division, visiting Belarus, and Alexander Lukashenko approving the simplified visa regime and readmission EU agreement drafts. There is no doubt that simplified visa regime will promote a faster boost for pro-European sentiments in Belarus. According to sociological surveys, within the recent year the number of those favoring the integration of Belarus with Russia decreased by almost 10 % to 54,5%, while positive pro-European sentiments remain stable and make up one fourth of the country’s population.

A more and more important role in the country’s foreign policy is played by Ukraine. When communicating with journalists prior to the Forum of the Regions of Ukraine and Belarus in Zhytomyr, Alexander Lukashenko made it clear that he is ready for strategic agreements with Ukraine without looking back at Kremlin and its reaction. This mostly concerns oil and oil products delivery using Odessa-Brody-Mozyr pipeline (currently such negotiations are held rather actively with Kazakhstan, Azerbaijan and the USA).

As for the country’s relations with Russia, they remained at a historically low level. On September 6 the prime ministers of both countries initiated Action Program on implementing the Agreement on creating the Union State, also known as “further integration program”. However, Alexander Lukashenko pointed out yet again that Vladimir Putin and himself will need to go back to the issue of compensating Belarusian losses due to Russian tax maneuvers when signing this document. Moreover, it is quite obvious that Alexander Lukashenko will not approve of any provisions questioning the sovereignty of Belarus and the stability of its political regime.