Belarus: Common ground with the US? 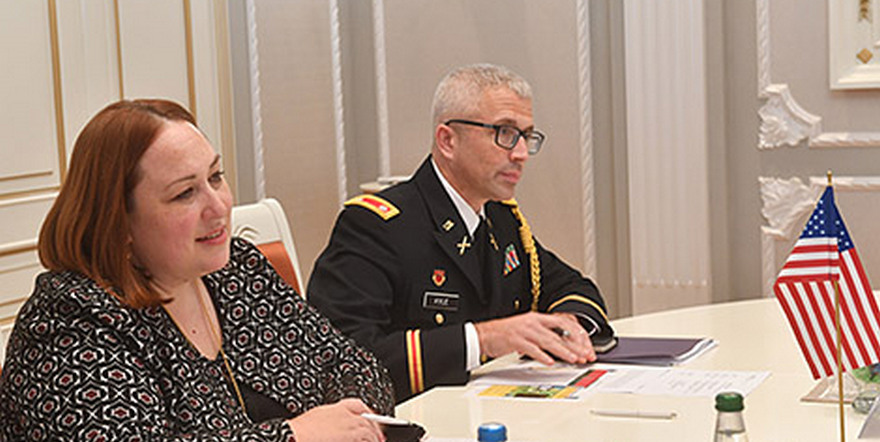 The domestic agenda remains focused on the upcoming election campaigns, while the government approach is growing tougher. In its foreign policy, Belarus bets on diversification and finds common ground with long-standing opponents.

Three elements, including domination of law enforcers following national security thinking, active expansion of the Presidential Administration spin doctors and a pro-social (within the current limited resources) populist economic policy will define the actions of the Belarusian authorities until the end of the election campaigns.

The government’s tough approach in the pre-election campaign was expressed in massive refusal to register opposition and independent candidates, including two independent candidates in the current House of Representatives, followed by the proactive policy to remove the registered candidates from the race. Out of 60 complaints about rejection of registration as candidates for MP filed with six territorial election committees, only one was satisfied. As of October 31, nine candidates for MP seats were stripped of registration for various violations and 22 requested to be removed from the race. In this way, the authorities are trying to maintain full control over the election and ensure a predictable outcome, as well as to prevent “politization” of society which could make it easier to organize mass protests or disorders in the following stages.

At the same time, the Russian Federation remains a stable source of security challenges for the authorities at the end of 2019 and in 2020.

In his reply to the Belarusian Ministry of the Interior, Russia’s Deputy Minister of Finance officially described Belarus’s claims of compensation for the losses resulting from Russia’s oil tax maneuver as an attempt to violate Russia’s sovereign right to define and regulate taxes in accordance with its national interests. Apart from that, the letter officially admitted for the first time that the harmonization of the Belarusian and Russian tax legislation envisaged by the deeper integration program should, in Russia’s view, be limited to the transformation of the Belarusian tax legislation to match that of Russia with a small adjustment to address “local nuances”. In October, Russia thus defined its far-reaching ambitions in talks with Belarus for the first time.

Aleksander Lukashenko’s visit to Kazakhstan resulted in initialing a deal to supply Kazakh petroleum products to Belarus in the amount ranging from 1 to 3.5 million tons a year, and of crude oil in the future. In addition, Kazakhstan will increase the imports of Belarusian foods and components for agricultural machinery. The parties will expand military technical cooperation.

The US and Ukraine as priority partners

One of the key developments in October was the detention of Anna Bogacheva, a Russian citizen and an employee of a troll factory (Internet Research Agency). Sources reported the detention on October 13. By October 15, it was known that Bogacheva had been released. This triggered intense reactions in the Russian and Belarusian media space; Belarus was blamed as a traitor (in Russian sources) and other similar demarches followed. It looks like Belarus is going to become one of the key targets for the intensified work of Prigozhyn’s digital agencies and other Russian cyber capacities. The detention of Bogacheva was linked to an attempt of Belarusian special services and law enforcers to obtain additional information about the contacts and the targets for these entities in Belarus, among other things.

At the end of October, Belarus authorities, the US and NATO secretariat managed to perfectly regulate the situation around the DEFENDER Europe 20 drills. Belarusian leadership responded to the participation of neighbouring Lithuania in the drills purely rationally within the principle of reasonable sufficiency.

On the other hand, NATO Secretary General and the military leadership of Lithuania made the respective conciliatory statement. Following the meeting with Jennifer Moore, the US Charge d’Affaires in Minsk, Secretary of the Belarus Security Council S. Zas stated that NATO took into account the position of Minsk while Belarus will react by reviewing its potential measures of response to the drills.

This was the first public resolution of such kind between Belarus and the US in the sensitive military sphere in many years, and the first public downgrade of the level of Minsk’s commitments to Russia in this sphere.

The Ukrainian issue took the key spot in the agenda of Belarusian leadership. A. Lukashenko’s talks with Volodymyr Zelenskyi, as well as their joint participation in the Belarus-Ukraine Forum of the Regions went quite positively, both from the emotional perspective and in terms of the agreements they reached.

During the Minsk Dialogue conference, A. Lukashenko even went as far as hinting to the EU member-states at the need to interfere and support Ukraine’s leadership amidst mass protests against the implementation of the Steinmeier formula (implying that “dark forces” have started protests while Europe is silent).

In practical terms, Belarusian talks covered the entire range of bilateral relations. The parties conducted a symbolic “swap of spies” to underline mutual trust in the security sphere. A. Lukashenko mentioned Belarus-Ukraine cooperation in  missile building. The talks also covered further development of industrial cooperation, increase of the flow of goods, including the supply of petroleum products to Ukraine, and possible supply of crude oil to Belarus via Ukraine. An important factor for Belarus is Kyiv’s readiness to buy electric power, including from the Belarus Nuclear Power Plant. At the same time, almost all of the agreements are preliminary and should be finalized on the level of intergovernmental commissions and specific ministries or agencies.